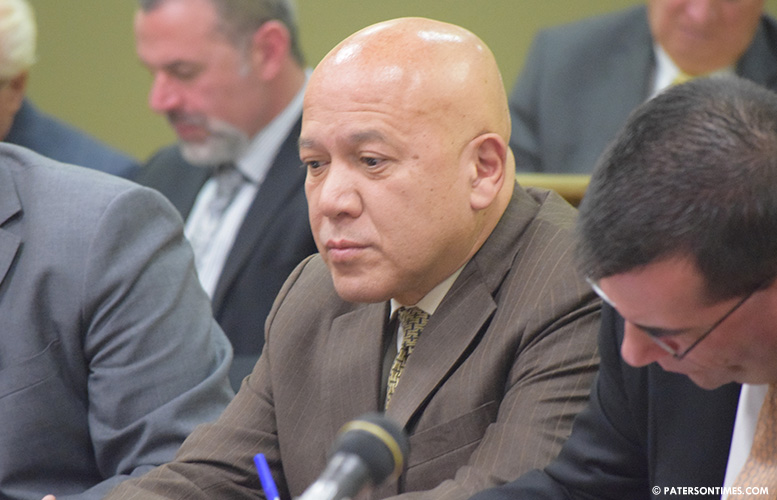 Disgraced mayor Jose “Joey” Torres supported a full slate of candidates in the May municipal elections, according to reports filed with the New Jersey Election Enforcement Commission (ELEC).

Cruz, a detective who claimed to live in Paterson while his wife and children resided in Little Falls, ran for mayor. Davila, McDaniel, Mimms, and Rivera ran for at-large council seats.

Torres also spent $1,700 on Election Day palm cards, according to state campaign finance reports made public this week. The reports dated Jul. 11, 2018 are signed by both Torres and his wife, Sonia Torres. The wife, who works as a paralegal and serves as the director of the Bunker Hill business district, made the donations to the different campaigns.

Some had openly said Torres, a three-term former mayor, was exerting influence in the elections from his prison cell. His wife was present at Cruz’s campaign kick-off event at the Brownstone.

Cruz tried to distance himself from the disgraced mayor during the campaign. He said everyone was trying to connect him to the Torres family.

“As we all know, Sam Torres, has indicated, the entire Torres clan is [with] Alex Mendez,” said Cruz referring to Torres’ brother’s support for the former councilman.

Torres was sentenced to a five-year prison term for stealing from taxpayers. His release date is Jul. 2021, but will be eligible for parole on Jan. 12, 2019, according to state prison records. His committee has $53,000 remaining in its bank account, according to the reports.