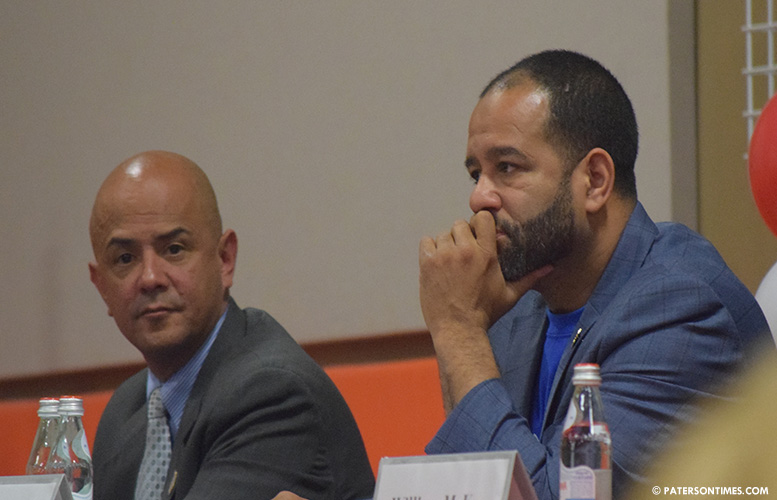 A city resident asked some of the candidates running for the city’s highest office to name the current vice president of the United States. She was “appalled” by some of the responses, she said on Sunday.

“I don’t know who the vice president is,” said Jackson, who did not see the question as relevant to the mayoral election. “I’m not a textbook.”

Valverde said Cruz also could not provide an answer. She said Cruz answered Melania Trump. “Clearly, he was making a joke,” said Valverde of Cruz. After making the joke, Cruz stood blank which suggested to her he too could not name the U.S. vice president.

Cruz did not respond to a call on Monday morning. Valverde thanked Jackson for his honesty.

McKoy and Sayegh were able to name Pence, said Valverde. Mendez left the community center before she could pose the question, she said.

“I was appalled. I was not shocked. Paterson has a lot of people unfit for these positions,” said Valverde. She said even grade school students are expected to know the names of their president and vice president.

Valverde later asked Jackson if he did not see the names on the ballot in 2016. Jackson said he did not vote for president Donald Trump. He criticized Trump’s policies and actions in office.

Another man approached, as Valverde questioned Jackson. This man argued Trump has been firing a lot of people from his administration.

Valverde, who said she graduated from Columbia University, told this man, the president cannot fire the vice president. She is backing Sayegh for mayor. She said she does not work for any of the six campaigns.

Valverde lives in the Eastside section. She attended the debate held by the Eastside Neighborhood Association.