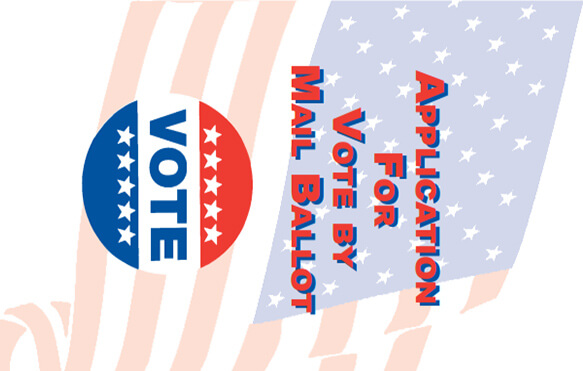 With 19 days to go before Election Day, some predict that number to dramatically increase. At least one candidate is taking measures to deter actors from engaging in illegal conduct in dealing with mail-in ballots.

“Allegations regarding improper conduct have been brought to our attention,” wrote Sayegh campaign attorney Rajiv Parikh of the Newark law firm of Genova Burns. “As we begin our investigation, we want you to be aware of the substantial penalties related to misconduct in the Vote By Mail balloting process.”

Parikh’s letter to Mendez campaign officials “demands” them to preserve documents, electronic records, and other records.

Councilman Andre Sayegh, who is one of six men running for mayor, said concerns about mail-in ballot manipulation prompted him to hire a campaign counsel.

Sayegh said he is not accusing the Mendez campaign of mail-in voter fraud.

“That’s a lot,” remarked former school board member Pedro Rodriguez when told of the almost 3,000 mail-in ballots. “We know the past of Paterson. Some of the actors are still here.”

The past history goes back to 2010. Former councilman Rigo Rodriguez’s campaign engaged in mail-in voter fraud. 14 people were arrested following the election. Rodriguez and his wife were later barred from public office and employment.

Councilman Michael Jackson pointed out the Rigo case was not resolved until he had completed his term on the council. This gave bad actors the impression there would be no consequences for mail-in voter fraud.

“There’s been a lack of responsibility and this problem has been growing,” said Jackson. He said law enforcement has failed to take steps to curb voter fraud in Paterson. The problem resurfaced in 2012 in the 2nd Ward election. In 2016, the problem grew bigger, councilwoman Maritza Davila appeared on a flyer, a week before election, touting then-candidate Shahin Khalique had 1,000 mail-in ballots.

Khalique had more than 1,000 mail-in votes in that election. He won in an election rife with voter fraud and irregularities. His own dead father was on election record as having cast a ballot in the 2nd Ward election.

Khalique’s victory was challenged in court. Passaic County superior court judge Ernest Caposela issued a ruling favorable to Khalique. The judge’s failure to throw out the election results led some to predict a bigger problem in the next municipal election.

Rodriguez was one of those to see the ruling as a harbinger of worse things to come. Sayegh’s letter appears to take aim at Mendez’s campaign.

Both Mendez and Rodriguez have large mail-in vote operations. Letter from Sayegh’s attorneys were sent to both campaigns. Rodriguez said his campaign has not received any letters.

Khalique and Davila are behind Mendez. Khalique’s people have managed to turnkey 600 mail-in votes. For example, Khalique tried to install one of his relatives, Joyed Rohim, to the school board. In that election, Rohim and another candidate, Joel Ramrize, both ran a joint campaign, received the most mail-in votes.

Rohim received 655 mail-in votes and Ramirez 754, according to election records.

“I don’t know who is benefiting,” said Rodriguez.

Passaic County records show 2,910 mail-in ballots sent out as of late Wednesday afternoon. 373 have been received by the Passaic County Board of Elections.

“These numbers are going to swell,” said Sayegh.

“Soon, there won’t be a need to campaign. You look at some of the candidates, they have refused to come to the debates,” said Jackson. “Based on the absentee ballots, they think they can carry the election. It’s disappointing that this is what Paterson has come to.”