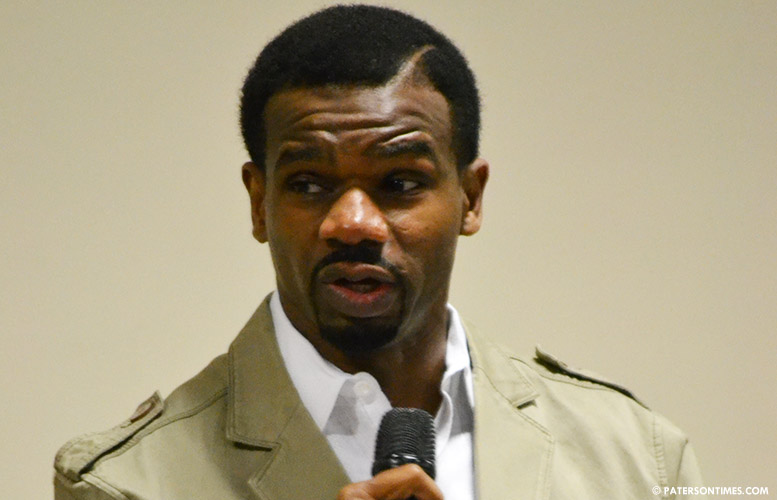 Community activist Casey Melvin became somewhat of a local celebrity earlier in the year for taking a stand for the little guy. He demanded the municipal government offer vacant and abandoned properties, which are quickly gobbled up by big money developers, to residents.

Melvin wanted residents to be given “first right of refusal” on the properties before being auctioned off to developers. Some officials made vague promises to ensure residents get first dibs at the next auction. His efforts were unsuccessful. That’s when he realized, the people’s representatives were not putting people first.

“What the hack is going on here?” Melvin remarked to himself at that workshop meeting in February. “I saw everything being given away. There’s nothing left here. So, somebody has to be there to stop it,” said Melvin, 48.

Melvin, who was born and raised in the Silk City, owns a barbershop on East 18th Street. He graduated from Eastside High School and then attended a trade school to become a professional barber. His interest in barbering showed when he was a 12-year-old boy growing up at the Alexander Hamilton Public Housing Project.

“That’s where I honed my skills barbering,” said Melvin. “I developed my trade there by playing around the house with the friends in the neighborhood.”

Melvin has been a barber for 30 years. For the past decade, Melvin has been involved in different causes in the city, including an effort to reduce gun violence. He has been part of the Street Keepers and BAND Against Neighbor Destruction.

His experience earlier in the year forced him to run for elected office.

“I’m passed the point of asking people to do the right thing. I said, I got to be an example myself. I got to come in myself and be the example I am looking for,” said Melvin. If elected, he said he will lobby to increase investment in income generating departments.

“These income departments need serious investment in technology, upgrading licensing and fees, and better trained staff,” said Melvin. “They cost a little, but the return will be much greater than the investment.”

Melvin sees that as a way to move away from annual tax increases that have cost some residents their homes. “If we invest in income producing departments that can offset the money we’re extracting from taxpayers,” he said.

He knows first had the difficulties homeowners have had with yearly tax hikes. “I acquired three properties. And then, the taxes went crazy,” said Melvin. “I had to let go of two of them.”

Single family homes, most of them in stable neighborhoods like the Hillcrest, have been hit the hardest, he said. He will demand the administration find new sources of revenue. One of those sources is increasing recycling.

Melvin said not enough people are recycling. He wants a robust recycling program with strong enforcement. “You hire an inspector and start giving out tickets,” he said.

On tax abatements, Melvin said he is willing to support them if there are enough full-time permanent jobs tied to the projects.

Melvin, who describes himself as a “self-educated” man, who owns more books than clothing, is not making big promises to voters that he cannot keep. He said while campaigning some elderly people have expressed their displeasure at lying politicians.

“I’m not in it for personal gain. I’m a person of principles. I’m hard working. I’m driven for success. I want our city to succeed,” said Melvin. “If I can’t do what needs to be done for the city, you don’t have to not elect me, I’ll leave myself.”