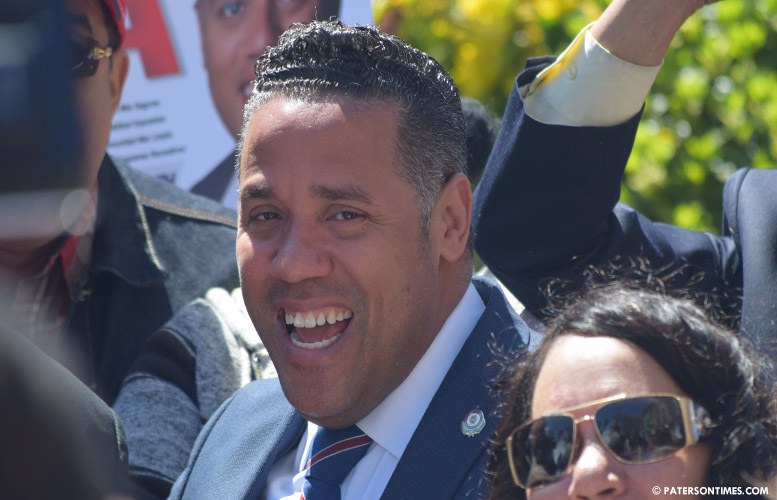 Councilman Alex Mendez, who has been accused of using “dark” and “dirty” money to finance his bid for mayor, has failed to timely file his campaign finance report for the second time in this race.

Mendez did not respond to a call for comment seeking an explanation for his failure to file on Friday morning.

Five of the six candidates filed their 29-day pre-election reports with the exception of Mendez.

“It proves there’s a pattern of irresponsibility and recklessness. He’s doing things in the dark,” said Sayegh referring to Mendez.

“The man is allergic to transparency,” said Sayegh. “He needs to be exposed.” He has been exposed.

Mendez’s campaign and personal finances are in shambles. He has had 46 bounced checks from his campaign account. He has failed to timely pay sewer and water bills. And his two transportation companies owe more than $14,000 in judgments to the state. Mendez has denied the judgments, but the firms are registered under his name and home address.

“This is crazy. I’m really really disappointed,” said Rodriguez. He said the state needs to take action against Mendez for his failure to file campaign finance reports. “We need to know who is pouring thousands and thousands of dollars into his campaign.”

Mendez has said he is running a campaign with very little resources, but his claim is betrayed by large number of campaign signs throughout the city.

Rodriguez said Mendez has a mobile headquarter, a television show, and commercials on Dominican television. He is also running internet ads.

“He has so much material on the street. He must have a considerable amount of money that he is spending or in-kind contribution that he is getting,” said McKoy of Mendez. “The public has a right to know where that’s coming from now and not after the fact. He’s asking people to vote for him now, he should tell us now, where he’s getting his money from.”

“It’s indicative of how you are going to run your administration,” said McKoy of Mendez. “You can’t just ignore the rules.” Two mayors — Jose “Joey” Torres and Martin Barnes — in the last two decades served prison time for ignoring the rules.

The six men are battling to succeed Torres. He was removed from office late last year. Council members installed retired city clerk Jane Williams-Warren to serve in the interim until voters next week pick a mayor.

The war chest of each men a week before the election is as follows:

Rodriguez said he pumped another $75,000 of his own money into the campaign. He has been self-funding his run, he said. This would put his total raised at $296,000.