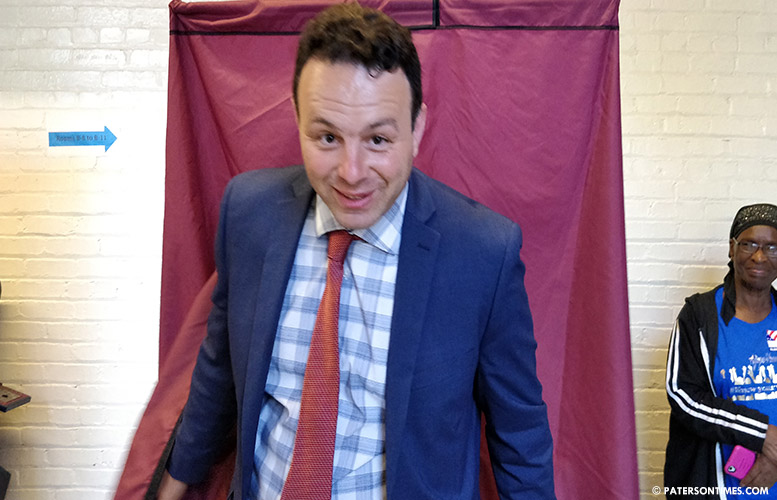 Mayor-elect Andre Sayegh, who will be sworn into office in seven weeks, began the transition process on Monday with a request seeking information on such things as issues facing municipal departments, organization charts, reviews and audits, and ongoing legal problems.

“If I was in his position I’d ask for those also,” said councilman Kenneth Morris, chairman of the finance committee. “I don’t see that as out of the ordinary.”

Morris said he would add status of collective bargaining negotiations and a list of labor contracts close to expiration.

“That’s for starters,” said Sayegh. He plans to ask for those and much more in the next weeks.

Sayegh, who has spoken to the mayor three times since his election victory, is expected to meet with department directors this week. He is in process of putting together a transition team, he said on Monday.

Sayegh will have to appoint eight directors. He has vowed to assemble a cabinet that reflects the city’s diversity. Some of his opponents during the campaign criticized the 6th Ward councilman and suggested he will end up giving jobs and contracts to people tied to the Passaic County Democratic Party.

The party tacitly supported Sayegh in the race.

The municipal government hasn’t had a genuine transition between the outgoing and the incoming administrations in the past two decades. For example, when ex-mayor Jeffery Jones defeated then-incumbent Jose “Joey” Torres in 2010 there wasn’t a true transition.

Torres’ team prepared a large binder for the incoming Jones’ administration that went into the trash can, according to a story Torres told four years ago while campaigning to regain his seat.

Paterson residents lived with the fruits of the failed transition for the next four years.

Jones’ administration has been described as the worst in Paterson’s history by longtime residents like Tom Fuscaldo. Fuscaldo knows Paterson politics. He worked on ex-mayor and longtime councilman Thomas Rooney’s mayoral campaign.

“Barnes was transitioned out of office as a result of some of the issues he was dealing with in the judicial system. I’m not sure of the level of cooperation the Torres administration received,” said Morris referring to Barnes’ corruption conviction.

“There will be one now. There’s no doubt,” said Sayegh speaking of transition of power. A bookish type, Sayegh is attempting to study everything he needs to know before raising his hand to take the oath of office.

Sayegh has served on the council for 10 years. He is familiar with the challenges the city faces. However, due to the separation of powers, noted Morris, there’s plenty that will be new to him.

“She actually pledged complete compliance on the phone and then some,” said Sayegh speaking of the mayor. He has praised, as recently as election night, Williams-Warren for restoring integrity to City Hall.

Williams-Warren, a retired city clerk, was appointed as mayor following Torres’ conviction. She was appointed in late Sept. 2017.

Meanwhile, councilwoman Ruby Cotton, who is allied to Sayegh, is lobbying her colleagues to remain as president. Council members will vote to pick a president on the same day Sayegh is sworn in as mayor.

Cotton’s past year as president has been mixed. She has had to deal with unruly council members. Often parliamentary procedures and basic rules of decorum have been ignored.

Cotton retaining the presidency will be a big win for Sayegh.