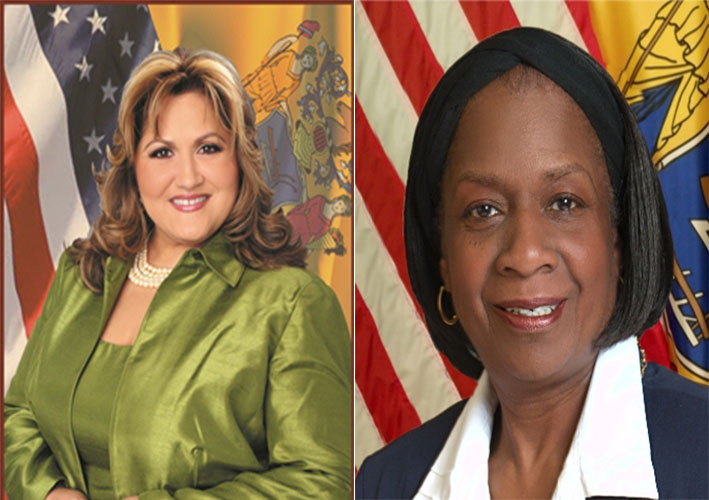 Councilwoman Ruby Cotton and Maritza Davila have set themselves up for a rematch for the City Council presidency. For the past weeks, both women have been lobbying their colleagues for support.

Davila has five votes, according to her political allies. She is expected to receive the support of Shahin Khalique, Flavio Rivera, William McKoy, and Michael Jackson. She and Cotton will each be able to vote for themselves.

However, things could take a negative turn for the councilwoman entering her second four-year term in office, as they did last year, if just one vote moves from her to Cotton.

“She said it last year, right? That’s all I got to say,” said Cotton, referring to Davila’s vote counting last year, last Thursday. Cotton is expected to receive the support of Luis Velez and Lilisa Mimms.

Davila had touted she had five votes prior to the council presidency vote last year. She fell short when councilman Luis Velez decided, at the last minute, to throw his support behind Cotton.

Velez was rewarded with the City Council vice presidency. This year, the single vote that may determine who wins, may come from Jackson.

Jackson on Thursday said he had yet to decide who to back for the presidency.

“I don’t think I’m going to get the support for myself,” said Jackson. “If it’s not going to be me, I want to see someone, who is willing to be clean, leave all political agendas aside, and work on behalf of the people, not on behalf of their agenda.”

Jackson has clashed with Cotton over the past year. Most recently, he criticized her for allowing the downtown special improvement district budget to be placed on a special meeting agenda.

Sayegh has resigned from his council seat. His seat will remain vacant until a new 6th Ward councilman is picked by voters in November.

Cotton has alienated some of her African-American colleagues on the council late last year. Her supporters pitted black men against women when she tried to hold on as mayor following the guilty plea of mayor Jose “Joey” Torres, according to political observers. To avoid appearing against black women, the African-American council members were forced to select someone, who was both black and a woman. The council picked former clerk Jane Williams-Warren.

Jackson and McKoy lost some black female votes in the mayoral election last month as a result of the events that unfolded last October, according to observers.

If Jackson backs Cotton that will create a 4-4 vote tally the presidency. The new mayor gets to cast the tie breaking vote, according to Sayegh. The mayor-elect favors Cotton for the council presidency.

Cotton said being the council president is a full-time job. She has the time to fully function in the role, she said. Cotton is retired.

Davila has a full-time job at the Passaic County Community College. She did not respond to a call for comment for this report.

Sayegh needs allies on the council to fulfill someone of the promises he made to voters. A hostile City Council could hamper the mayor-elect’s agenda.