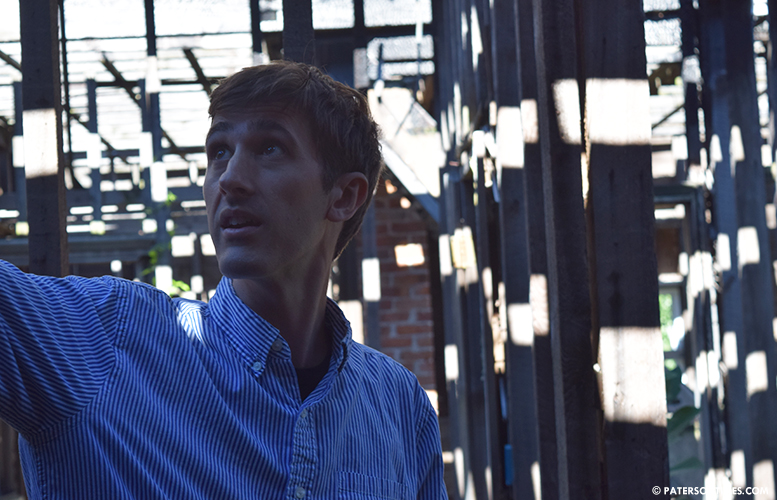 Brian White, an idealistic real estate developer from Morristown, says he plans to take up residence in the city’s rough Wrigley Park section.

White is in the process of rehabilitating the fire damaged house at 84-86 Auburn Street for $350,000. Once the property is renovated, he plans to occupy one of the six apartments.

“Once I’m here all the time, I’ll have a greater control of the area,” said White, 32. “This is an area I can really do something for.” He has had to reclaim his property, purchased for $80,000 in Dec. 2017, from vagrants and drug addicts, who, often, broke in to shoot up heroin.

White had to install steel boards on doors and windows to keep them out. His presence at the property on Saturday morning deterred drug dealers and addicts from the corner. Over the past months, he has established cordial ties with some of his old visitors.

He had some of them clean the front of his property. One was picking up needles from the side of the house. Another agreed to cut the grass in the houses’ large yard. In the past, he rewarded them for the work by giving out IHOP gift cards.

White knows them by name. He also knows his neighbors.

“Good morning!” a woman, who lives next door, greeted him, through her window.

Some have criticized developers over the years. Many rehabilitate houses and rent them for income. Seldom do they live in the houses, that some have said, are renovated using cheap materials and shoddy workmanship.

“There’s no way he’s ever going to live here,” said White, uttering a phrase critic often hurl at outside developers. He plans to use superior materials and higher quality of work to renovate his first house in the city.

By moving into the city, White will secure for himself political rights. For example, he will be able to vote in local elections, sit on municipal boards, and even run for office. He said he doesn’t have much interest in politics.

White has been busy planning for the rehabilitation of his future home. He has also purchased four other lots in the area for development. He also has been researching the history of the house, dubbed “Crackadopia” by someone who spray painted graffiti on the retaining wall.

White has an old picture of the Victorian house. He said Peter Quackenbush, founder of the famous Quackenbush and Company Department Store in downtown Paterson, lived at 84 Auburn Street from 1881 until the early 1900s, before moving to a property on Broadway.

White has a lot of work ahead before he can move into the property. He has to add a third floor that was destroyed in a fire. He plans to change the siding of the house. Inside, much of the building has been gutted, which will make work easier, he said.

A group called the 4th Ward Alliance tried to convert the building into a community center without success, he said. A vinyl poster bearing the group’s name still remains inside the gutted second floor.

White said the house will be livable at the end of the year. Right now, he takes the train to work in New York City from Morristown. He won’t have a transportation problem. He could rely on the Paterson Train Station to get him to work. Taking the train from Paterson is almost the same in the morning, but there’s a 30-minute delay in the afternoon, he said.

“I think he’s a little crazy,” said Florio. “When he realizes what really goes on in those streets, I hope they don’t kill this guy.”

The neighborhood suffers from drug and gun violence problems. Both problems are fueled by mostly out-of-town white buyers seeking to purchase heroin. White said he has been pulled over several times by police. But, he sees that as a positive sign that police are doing their job.

Police, through property checks, have worked with him to keep the drug addicts out of the house, he said.

Florio said if White is looking at changing the block and changing the neighborhood, by moving in, he is leading by example.

“He would be the poster boy for an investor moving into his property,” said Florio. “The guy has no fear. I’d not move into Auburn and Fair Street.” 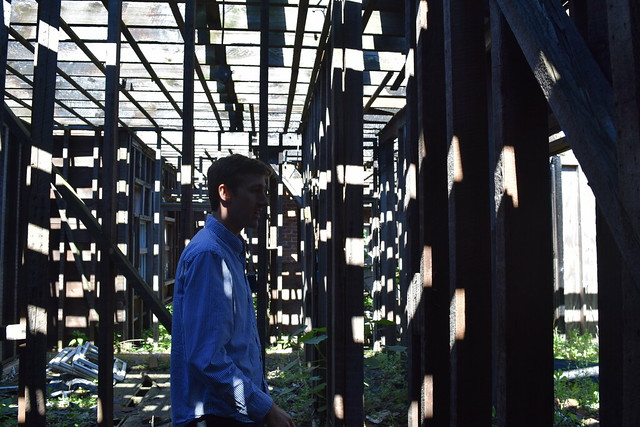