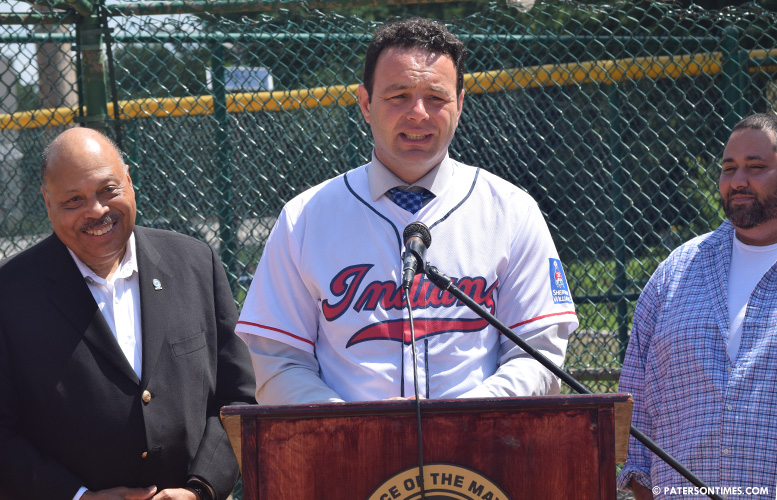 Mayor Andre Sayegh clashed with councilmen William McKoy and Michael Jackson, both of whom raised questions about the $30,000 a developer and his wife donated through a foundation for the improvement of eight ballfields in the city, on Tuesday night.

McKoy began by inquiring about the One Paterson Foundation, a newly formed 501(c)4 civic organization with a mission to promote unity the city’s different ethnic groups. He wanted to know who is in charge of the organization.

“Our city has gone through some unfortunate times with the perception and reality of corruption and inappropriate conduct and behavior. This represents a very slippery slope,” said McKoy, 3rd Ward councilman. He said developers and other special interest groups may try to buy influence by making donations to the civic organization.

McKoy wondered why the donors, Cesar and Jennifer Pina, owners of the WhairHouse Group, would funnel the donation through a civic organization rather than donating directly to the city. He described the donation as a “Trojan Horse.” He suggested the couple is seeking a tax benefit by funneling it through the civic organization. Except, donations to 501(c)4 organizations are, generally, not tax deductible, according to the Internal Revenue Service (IRS).

The couple would be able to claim a deduction if the donation was directly made to the municipal government.

Jackson asked why the council needed to pass a resolution to accept the donation, when the contribution was made to the One Paterson Foundation. Khalifah Shabazz, the city’s chief attorney, pointed out the city isn’t accepting the donation for the civic organization. She said 7 of the 8 fields are city-owned and the governing body, through the resolution, has to accept the improvements and grant the foundation and its contractor permission to enter the properties to do work.

One Paterson Foundation received the donation from the couple last week. It has hired Sponzilli Landscape Group of Fairfield to handle the work refurbishing the fields.

“I think this is protection for the mayor,” alleged Jackson, 1st Ward councilman.

Both Jackson and McKoy, who were Sayegh’s opponents in the recent six-person mayoral race, suggested there was something nefarious occurring with the way the donation was being channeled to the city.

“The election is over,” Sayegh told both Jackson and McKoy in a testy exchange. “It’s time to fix the fields.”

McKoy began to interrupt Sayegh while he spoke.

Sayegh said he will provide all the documents the council is requesting.

“We recognize the election is over,” said McKoy. He said using the foundation as a middleman is “confusing” and makes the donation “cloudy.”

After the intense exchange between the three men, Sayegh said he does not run the civic organization. He said Ed Farmer, former chief of staff for Rep. Bill Pascrell, who worked in his campaign, is the chairman for One Paterson.

McKoy also brought up a situation when Sayegh collected donations from prominent developer Charles Florio to fund the Peruvian and the Dominican parades. At first, the donations appeared as if the Andre Sayegh Civic Association was funding the parades. Later it turned out that Florio had donated the funds to the association, which in turn, donated it to the parade organizers.

“We built a playground with that money. People benefited from that civic association,” retorted Sayegh.

Sayegh argued games had to be canceled and young people sustained injuries playing in the city’s neglected fields.

Other council members defended the the mayor’s plan to fix the fields using donated funds.

“All we care about is getting the donation to us,” Flavio Rivera, councilman at-large. “The bottom line is this is something we’re getting. Taxpayers are not putting the money to fix these fields.”

“This was the most efficient way to do it,” said Sayegh. “I’m not asking any taxpayers for their money.”