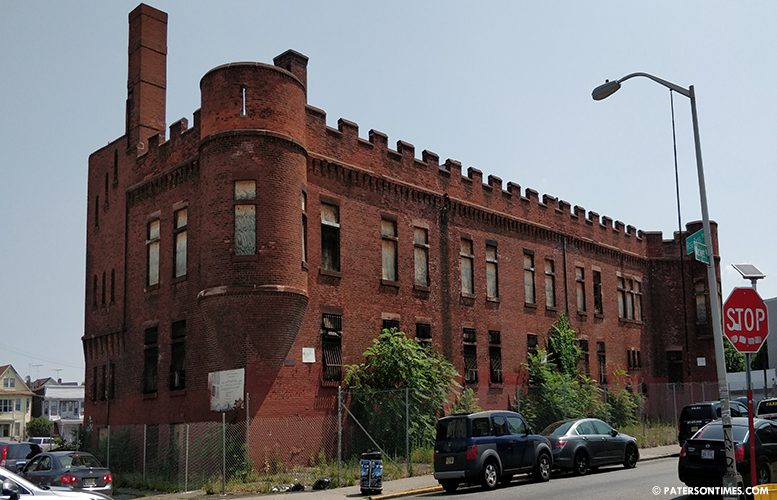 The city is looking to sell-off the Paterson Armory and the former Leader Dye factory site through a public auction.

Both sites – Paterson Armory, $1.33 million; and Leader Dye, $1.42 million – have a total assessment of $2.75 million, according to municipal records.

“These two parcels are the only few, contiguous, open properties that we have,” said William McKoy, 3rd Ward councilman. “What is our plan? What is our vision? I’d love to see a plan or some kind of a vision before we pull the trigger on the properties.”

Mayor Andre Sayegh said developers have presented plans to his administration. He said most favor mixed use developments, containing housing and commercial.

McKoy said the city should curve out a vision for both properties. He said he does not want a developer put up high density housing that will put a strain on municipal services.

Michael Jackson, 1st Ward councilman, said putting up housing will cost the city more to provide services than the amount the sale will bring in. He also pointed out the city spent more than $1 million to demolish and clean up the Paterson Armory.

“In my opinion, we’re giving it away for free,” said Jackson. He said the city may not get a fair value for the property through the auction.

“We need to put those properties back on the tax rolls,” said Sayegh. “If there’s a bidding war, it could drive up the price.” The city will hire a professional auctioneer firm to conduct the sale, he said.

Both Jackson and McKoy said the sale is being rushed. Other members of the council did not push to put off the auction.

Flavio Rivera, councilman at-large, said the council can reject the bids if they are too low. He said the city had the Paterson Armory for years, but has failed to put it to productive use.

Much of the Paterson Armory on Market Street was destroyed in a huge fire in 2015.

“We always hold onto properties with the vision of one day. How many years do we need? What are we going to do hold it for another 10 years?” asked Rivera.

“Both have been fallow for so long. We’re trying to be transparent by having an auction,” said Sayegh. “These are the type of things, where, if you keep delaying, you’re not going to take action.”

The Paterson Armory and the Leader Dye site on Madison Avenue have been neighborhood eyesores.