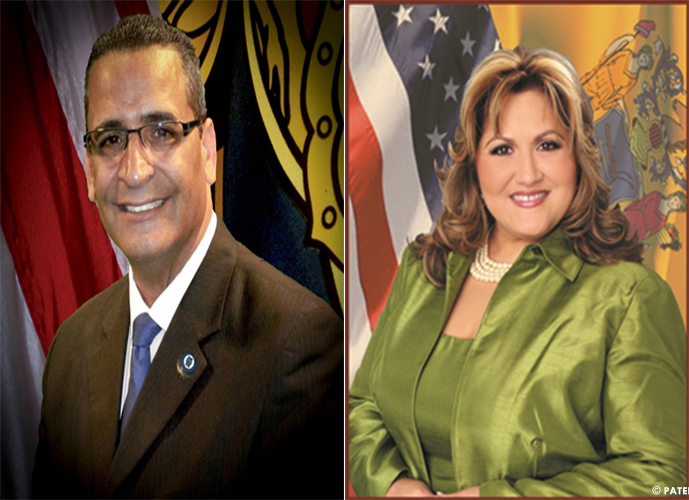 Council president Maritza Davila startled her colleagues early Wednesday morning by bringing down the gavel at full strength on the dais. She sought to shut-down councilman Luis Velez, who wanted to speak during a discussion on a bazaar license for the Peruvian Festival.

Davila ignored Velez as he sought the president’s acknowledgement to speak. After several tries, she acknowledged him, “Councilman Velez, please.”

“Jesus. You let the other councilmen speak. I called your attention and this is like the fifth time you denied me,” said Velez.

Velez continued to protest her move to deny him a chance to speak. She struck the gavel with full might starling others in the council chambers.

Velez walked out of the meeting in protest.

Earlier in the night, both Davila and Velez clashed while the council discussed the $30,000 donation a private firm made to a foundation for the improvement of eight city ballfields.

Velez played a minute-long video on his cellphone to highlight the poor state of municipal fields and the need for renovation.

Davila wanted him to cut short his speech. “Councilman Velez. You…” said Davila. Velez interjected, “Hold on, council president. With all due respect, I just want to finish.”

Davila allowed him to finish his speech. She then expressed her disapproval.

“Councilman Velez, I will not allow you to disrespect me,” Davila told him. Velez began interrupting her as she spoke.

Both spoke over each other.

She invoked parliamentary rules and told him he needed the acknowledgement of the council president to speak.

“You interrupted in middle of my speech,” Velez said speaking over Davila.

“We will conduct business in this chamber and we will be respectful to one and another,” she said.

Velez walked out of the meeting in protest.

Over the past year, as vice president of the City Council, Velez has interrupted his colleagues. Some, like Michael Jackson, 1st Ward councilman, viewed it as a sign of disrespect towards then-council president Ruby Cotton.

Cotton, in an attempt to work with all her colleagues, mostly allowed the interruptions.

Velez has said Davila is settling an old score with him by shutting him down at the meeting. He switched his vote at the last minute in July 2017 that cost Davila the council presidency. She had counted the votes before hand and expected to be president.

Davila came in prepared, well dressed for the occasion. But, Cotton captured the presidency, with Velez being the key vote.

At the time, Davila said, “When you give your word, you stand by it.” She suggested Velez made a promise that he broke.