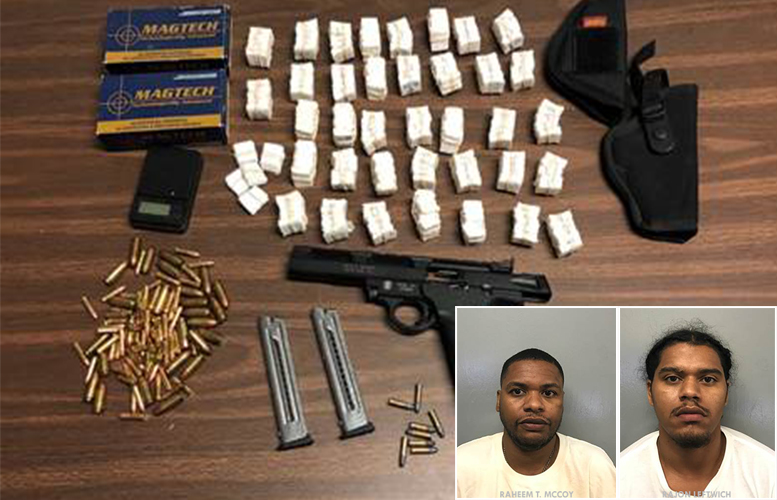 Both men were allegedly dealing drugs from the location. Detectives observed the two men exit the house and engage in street-level drug sales.

Leftwich was quickly arrested during the raid while McCoy was found hiding in the bedroom. A third man, Joshua A. Martinez, 20, was detained and later placed under arrest for outstanding warrants out of Saddle Brook and Paterson.

Martinez was wanted for $758 in Saddle Brook and $550 in Paterson, authorities said.

McCoy admitted the firearm belonged to him. Authorities charged him with four drug offenses and one weapon possession without permit.

Both are being held at the Passaic County Jail.