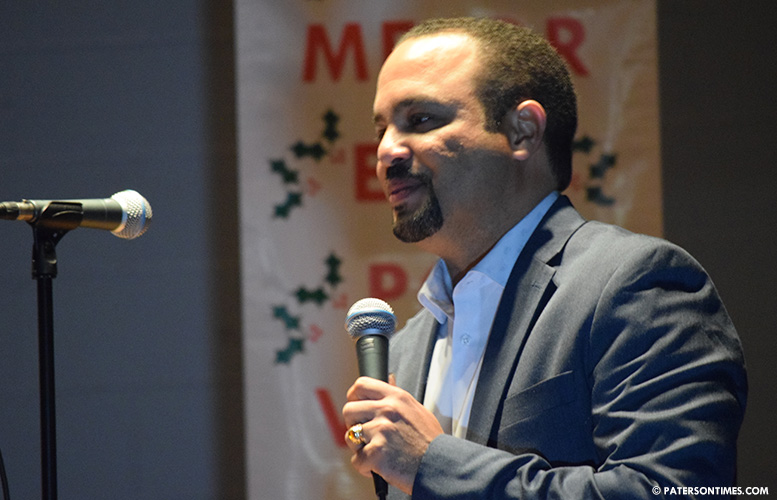 “I got to protect my family before anything else. This position was going to put me in a vulnerable position for the mayor to come and do something,” said Rodriguez.

Rodriguez said someone had installed a camera inside his office to monitor him. Recently, councilman Luis Velez, who is a close ally of the mayor, filed an Internal Affairs complaint against Rodriguez for posting a comment on Facebook during a work day.

The social media post was made during his lunch break, said Rodriguez.

“He was not at lunch, he was working,” said Velez. “That’s news to me that he’s resigning because of me.”

Velez said he hasn’t received a letter from police as to whether his complaint was sustained or dismissed. State guidelines require police to inform the complainant about the disposition of the complaint.

Rodriguez, who was hired as a telecommunications systems analyst at the police department for $70,000 by former mayor Jose “Joey” Torres three years ago, said his resignation is effective Sept. 7, 2018.

When asked if Sayegh or his administration pressured him to resign, Rodriguez said, “No. No. That’s a decision I took myself.”

“It takes away from things you can say,” said Rodriguez, who finished third place in the mayoral race, referring to holding a municipal job. “Now I can go ahead and really be open about my opinions.”

“That’s laughable,” said Sayegh when told why Rodriguez resigned. “He has launched unfounded, unverified attacks against me. I never responded. In fact, I ignored him. In the grand scheme of things, he is irrelevant.”

Rodriguez has criticized the current mayor. For example, he slammed Sayegh for creating the One Paterson Foundation, which, many have said, can be used to facilitate corruption by bypassing existing pay-to-play law. A firm that donates to the foundation does not have to disclose the contribution when contracting with the municipality.

Rodriguez also wanted to distance himself from an administration that, he says, is corrupt.

“I’m convinced this is going to be the most corrupt administration in the history of the city,” said Rodriguez. He pointed to the One Paterson Foundation and the sale of the Paterson Armory. He said Sayegh gave the armory to his donor, prominent developer Charles Florio.

“He can’t help himself. He’s coming across as a sore loser,” said Sayegh.

Florio offered $3 million for the site, six times the appraised value. He did donate to Sayegh and longtime councilman William McKoy’s mayoral campaigns. He also donated to a pro-Sayegh super PAC.

“He teamed up with Alex Mendez and wants them both to be equally jobless. It’s hard for them to criticize everything everyone does if they actually have to work,” said Florio speaking of Rodriguez.

Both Florio and Rodriguez are battling in court over a surveillance camera deal that went sour.

Sayegh said the nine-member city council unanimously backed the sale of the Paterson Armory. The city had a second offer on the armory for $1.9 million. Council members also liked Florio’s plan to preserve the historical aspects of the armory and turning it into a luxury housing complex.

Rodriguez reflected on the past three years.

Rodriguez said he also played a key role in securing grant funds to install 15 cameras in the northern part of the city for Habitat for Humanity. He also played a role in helping to prepare an application for a more than $3 million federal grant to revamp the camera system with new technology.

Rodriguez helped to create a wish list for the grant application that included getting funding for 100 new cameras, said officials. Police captain Patrick Murray, works with federal agencies like the Bureau of Alcohol, Tobacco, Firearms and Explosives (ATF), discovered the federal grant.

“Pedro Rodriguez is extremely talented and has great expertise in microwave technology because he comes from the cellular industry,” said police director Jerry Speziale, who interviewed him for the job in 2015. “I wish him nothing but the best.”

Rodriguez said he is looking for a job in the private sector. “The market is super,” he said. Indeed, unemployment rate in the U.S. stands at 3.9-percent, the lowest in decades.