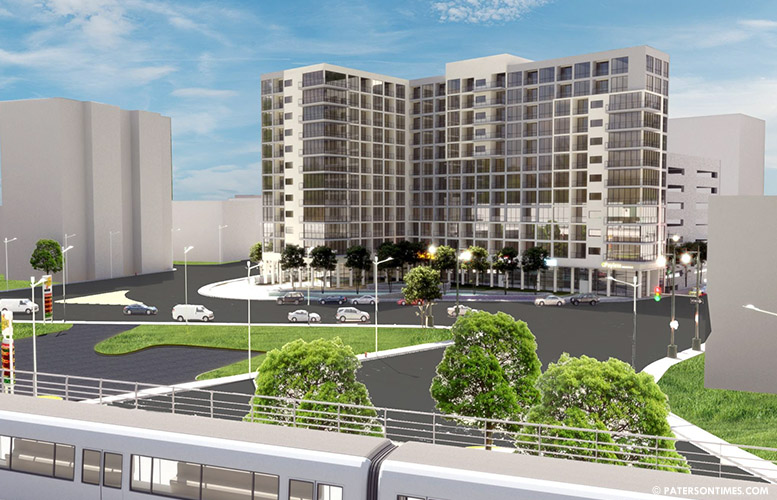 Prominent developer Charles Florio is alleging the Paterson Parking Authority and municipal officials are attempting to strike a backdoor deal with a developer to redevelop a part of the Ward Street garage.

“They are doing it backdoor,” said Florio on Thursday. He claimed Tony Perez, director of the Paterson Parking Authority, has already selected a firm, Blue Onyx Management, to re-develop the site.

Florio said he had six meetings with Perez and other officials over the past four months. Eventually, an official told him not to submit a proposal to redevelop the site. At question is a frontal piece of land that will emerge once the obsolete Ward Street garage is demolished.

Perez denied a firm had been selected for the project. He said he met with four developers. Florio’s firm JCM Investors and Blue Onyx were the only two serious contenders.

“We are negotiating as of now with two developers,” said Perez.

Although there were meetings, Florio said the authority refused to provide him basic answers to important questions needed to develop a proposal. For example, he asked a series of questions that someone wrote down at one meeting. But instead of providing him answers, he received a document that contained his questions.

Perez disputed the assertion. He claimed a memorandum was sent to Florio.

Mayor Andre Sayegh said the agency does not have to issue an RFP. The City Council designated the Paterson Parking Authority as the redeveloper for the site. After Florio began questioning the process, Perez agreed to issue an RFP.

Perez on Friday said his agency is preparing to seek proposals. He said Florio showed interest, but then pulled back.

At one meeting, Perez had renderings that suggested the location could be the site of a satellite William Paterson University campus, said Florio. He said he viewed that as an excellent proposal and having a college in downtown Paterson would be a great boost to the municipality.

Perez said there were talks with both Paterson University and Montclair University to potentially create a satellite office in the city. Neither were willing to do so.

“If you guys don’t get your college, I’m interested in developing the site,” said Florio to Perez at the meeting, he recalled.

Florio said he thought the college rendering was a ruse when Perez and others were negotiating to build retail and housing at the site with Blue Onyx.

Perez favored Blue Onyx’s project, according to municipal officials. He declined to discuss the details of project or what that firm is offering in an interview on Friday afternoon.

On Thursday, Florio made an offer for the site. He offered $2 million for a 99-year lease of the site.

Florio wants to build 175 apartments and 10,000 square feet of retail on the ground floor. He reckoned the project will cost $40 million. He provided a rendering (see above) of the project to government officials and basic details.

It will be an 11-story building.

The site is across from the Paterson Train Station. Easy access to transportation makes it a prime site in downtown Paterson.

Florio said his offer tops anything that Blue Onyx is offering. He topped the same company with his bid for the Paterson Armory.

Blue Onyx appeared tone deaf even after Florio publicly made a $3 million offer for the Paterson Armory. It submitted a smaller offer and wanted a complex deal. Florio’s aggressive buying and building has changed the development landscape in the Silk City, gone are the days of having to offer big incentives to outside companies to put up unsustainable developments, mostly low-income housing that put a drain on municipal services.

Council members on Thursday reacted to some of the allegations.

Flavio Rivera, chairman of the powerful finance committee, scratched his head as to why a developer, who is willing to work without government incentives always seems to have a tough time working with the government.

Rivera suggested municipal officials should be welcoming developers that are not seeking incentives to develop the city.

“Nothing has been presented to us yet,” said William McKoy, 3rd Ward councilman. “We support the process being fair and open. That area is prime for re-development.”

McKoy said the city should be focused on getting as many proposals as possible.

“It would be unfair for the administration not to entertain his offer, especially, when that offer is much more substantial,” said Michael Jackson, 1st Ward councilman. “We got a guy, who knows and has a track record. He should not be overlooked. You got the other company that doesn’t have the same record.”

Municipal officials have been trying to bring different developers to the city. Some worry about Florio owning too much in Paterson.

Florio owns more apartments than the Paterson Housing Authority. But, he said if that’s the concern, municipal officials should worry about Alma Realty which owns the Center City Mall, a converted mill on Beech Street, and the towers on Presidential Boulevard.

The project will not receive tax credits. Tax credits will be applied to re-building the parking deck. $30 million in tax credit is expected to be used to rebuild the garage, according to officials.

“I want the process to be fair,” said Florio.