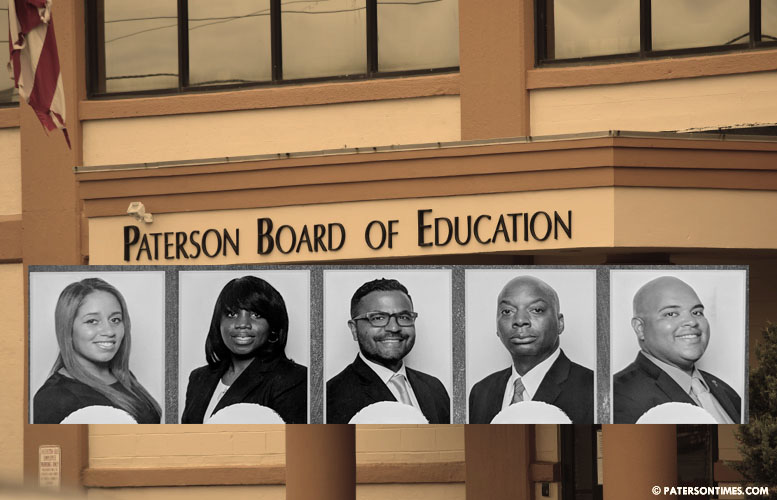 A Hudson County super PAC sent out a last-minute mailer to municipal voters on Friday to sway the 17-person school board race in favor of the majority incumbent ticket.

The mailer gives voters a quiz identifying the community’s most important asset as children. It then states, “So, let’s give them the team that will help them succeed.”

Former school board member Corey Teague criticized the super PAC’s efforts, asserting the incumbents have failed to help young people succeed. He suggested the out-of-town super PAC is clueless about the incumbents’ record.

Half of the city’s high schools had fewer than 2-percent of students pass the math portion of the Partnership for Assessment of Readiness for College and Careers (PARCC). Almost 2,000 special education students were owed 19,000 hours of speech therapy in February. In October, the district provided just 2,453 hours of speech therapy via the Saturday and summer speech programs.

“Not only did they lie about the hours special ed. children were receiving, they didn’t even have a comment when that information was brought to the board,” said Teague referring to a comment Castillo made at a debate. His daughter, a special education student, attends a district school.

Castillo at a debate claimed all the special education students were provided their owed compensatory time during the summer. Her claim was untrue. She later walked back her comment.

“They have failed not only our students, but our community,” said challenger Ramon Joaquin. He is running on an opposing ticket.

“I guess they are accurate in putting not much on there because not much has been done,” said Teague. He also noted one of the super PAC’s candidates, Pichardo, who said majority of the city’s students are involved in crime.

Pichardo later said he misspoke. His own running mates refused to appoint him to a vacant school board seat after his comment.

The mailer does not list any of the incumbents’ accomplishments. Some of the incumbents have had to defend their record at debates. For example, Martinez, blaming almost three decade of state control of district, asserted the incumbents need more time to address the district’s problems.

Martinez listed as accomplishments the appointment of a new superintendent and a two-year plan to restore local control. His colleagues also mentioned the labor agreement reached with the teachers’ union.

Martinez did not respond to a call for comment on Sunday seeking the incumbents’ response to the criticisms.

The same super PAC, tied to the Democratic Party, spent $138,000 in support of mayor Andre Sayegh earlier in the year. Sayegh won a landslide victory.

“The mayor did his work. He worked,” said Joaquin. He said Sayegh had a record of accomplishments in the 6th Ward in contrast with the school board candidates the group is backing.

Sayegh hasn’t publicly backed the incumbents. But their opponents say he is tacitly supporting them by referencing a picture he took with the five candidates.

Sayegh with five candidates on the majority incumbent ticket.

The incumbents received the support of the Paterson Education Association, the teachers’ union. This group came under attack on Friday for targeting district business administrator Richard Matthews in a banner hung outside its headquarters.

The union blames Matthews for the botched switch out of the state health insurance program that led to hundreds of teachers being denied medical procedures. School board member Emanuel Capers defended Matthews in a letter on Friday while telling the union to place blame on the incumbents the union endorsed.

Capers said the incumbents voted to drop out of the state plan in favor of a self-insurance program. He recognized he was among those who voted in favor of the switch.

The 17-person race has become heated over the past weeks.

The city’s longest serving school board member Jonathan Hodges has endorsed Teague, Nelly Celi, and Justin Rucker in the race.

The 17th candidate is a newcomer, Amany Ramadan, who is running on her own.

Joe Waks, who runs the Progressive Values Committee, did not respond to a message seeking his comment for this story.