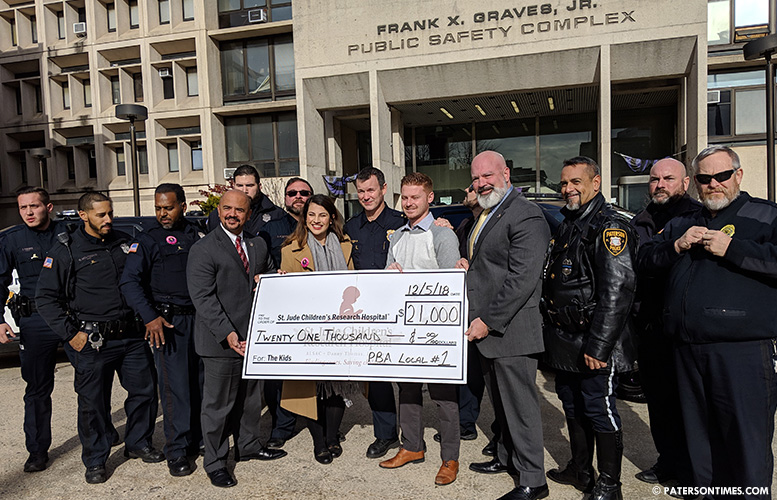 “I’m happy with the numbers,” said D’Arco. He said this year police chief Troy Oswald allowed him to start the initiative in October, which helped to nearly triple the amount raised last year. “It means a lot. We can all agree on helping kids with cancer.”

Police had a large novelty check showing $20,500 donation to the hospital. It was increased to $21,000. When police officers’ union president Alex Cruz wrote the true check, he wrote $21,500.

Fatima Hameed and Nick Isidori of St. Jude Children’s Research Hospital expressed their gratitude to the officers for picking the hospital as the donation recipient.

“$21,000 is remarkable. It goes a long way,” said Isidori. Both Hameed and Isidori pointed out families never receive a bill from St. Jude when a child is undergoing treatment at the hospital.

D’Arco plans to raise even more funds next year, he said.

“We had a pretty good number of officers that donated for the cause,” said Mason Maher III, president of the Superior Officers’ Association. Some made a contribution to grow their facial hair while others directly donated to the cause. “The most impressive part about this entire event is we had an outpouring of our members willing to donate to this cause.”