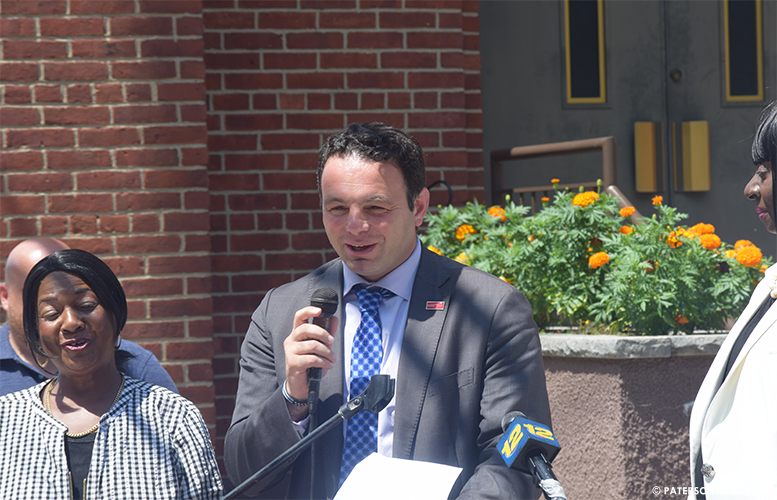 Mayor Andre Sayegh submitted the names of six of his eight cabinet members for confirmation to the City Council on Tuesday night.

“I believe I’ve assembled an all-star team,” said Sayegh. “I believe this is a team Paterson is going to be proud of because I am. We’re goal oriented. We’re driven by vision.”

Most council members heaped praise on the mayor’s team.

“Seem to be fine individuals,” said William McKoy, 3rd Ward councilman. He spoke directly to Powell and told him he had a tough job in attracting economic development to the city.

“I’m definitely supporting these appointments. Just continue to do what you do,” said Lilisa Mimms, councilwoman at-large.

Sayegh has had a more liberal policy, said Cotton.

“If you treat people nice, you get things done,” said Cotton.

“I know you’re going to do great with this leadership,” added Luis Velez, 5th Ward councilman.

“I give faith in your team. I know they are capable,” said Michael Jackson, 1st Ward councilman. He has known some of them before Sayegh brought them to City Hall, he said.

Jackson, who constantly complains about hiring out-of-towners for high level jobs, was silent on half of Sayegh’s cabinet members, who do not reside in Paterson.

“It seems like we’re living in a fantasy world,” remarked Khalique after his colleagues heaped praise on the team. “You guys have a tough task in front of you.”

Sayegh’s team has faced criticism for its abortive pay deferral scheme and layoff plan last month. His team also came under fire for hiring a personnel officer while telling employees to give up two weeks of pay. His business administrator found himself at the center of a payroll scandal for approving a pay increase for Sayegh’s new personnel director that was later scrapped.

“I’m going to hold you accountable just like the people are holding me accountable,” said Flavio Rivera, councilman at-large. “Make sure the culture is changed.”

“I’ll reserve certain comments, but I will say this: I think this can be an excellent team,” said council president Maritza Davila.

Davila singled out Shabazz-Charles for high praise for her “level of professionalism” and “knowledge.”

“Please don’t let me down,” said Davila to Shabazz-Charles.

The praises came to a halt at midnight, when the entire chamber, led by the business administrator, began to sing “Happy Birthday” for Shabazz-Charles.

Sayegh still has to pick directors for health and community development.

Presently, health officer Paul Persaud, who is not interested in a permanent appointment, has been serving in dual capacity, as health officer and health director.

Barbara Blake-McLennon has filled in as community development director after Ruben Gomez resigned to take a job at Alma Realty, owner of Center City Mall.

Council members will vote on appointing the six directors on Tuesday, Feb. 12.