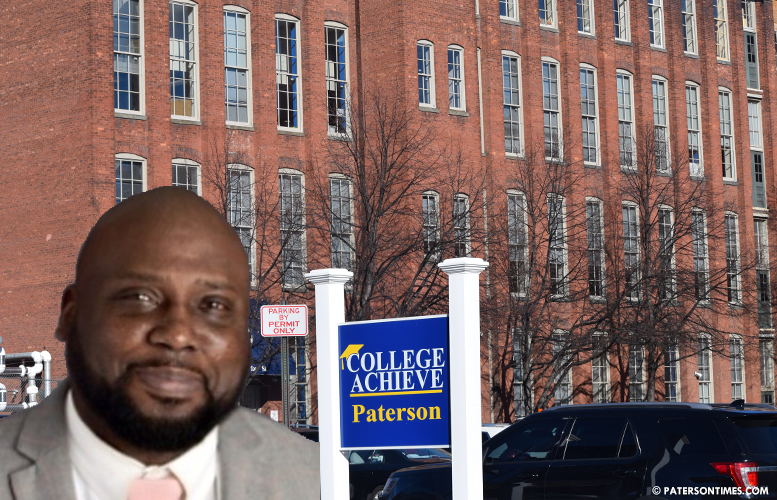 Henry McNair, the controversial principal of the College Achieve Paterson Charter School, was terminated from a $142,400 job at the Trenton Public Schools for offensive posts on his social media page, according to documents obtained by the Paterson Times.

McNair’s had two posts on his Facebook page that were deemed offensive or “objectionable.” In one post, four scantly clad women are shown with a caption, “The Housewives of Section 8,” suggesting poor people on public housing were living in luxury. In another post, a shirtless young black man is pouring ice cream on himself.

Someone saw the images on the Facebook timeline and lodged a complaint against McNair, who worked as the principal of the Daylight/Twilight High School from 2013 to 2014.

McNair did not respond to repeated requests for comment for this story.

In a deposition, McNair admitted to having the offensive posts on his Facebook page, but defended himself by asserting he did not create the posts. He said a friend of his posted the pictures and tagged him on it.

McNair said the tagging made the posts visible on his page.

McNair joined the Newark Prep Charter School in 2015. His school was closed by the New Jersey Department of Education for failure on Jun. 30, 2017. A day later, he became the principal of the College Achieve Paterson Charter School.

It’s not clear whether McNair disclosed the reasons for his termination from Trenton to the College Achieve Paterson Charter School. A spokeswoman for College Achieve Schools would not say whether he made the disclosure prior to being hired as principal for $123,600 in 2017.

McNair remains on the job at the College Achieve Paterson Charter School while the inquiry takes place.

Former school board member Corey Teague called McNair’s action of allowing offensive posts on his page an example of “carelessness.”

Teague, a critic of charter schools, said there are options on Facebook to moderate or disallow tagged posts from appearing on one’s page.

“He had to know that,” said Teague. He wondered whether the school disclosed McNair’s termination and his past history at the failed Newark school to parents.

“This is someone that’s been allowed to ride under the radar,” said Teague.