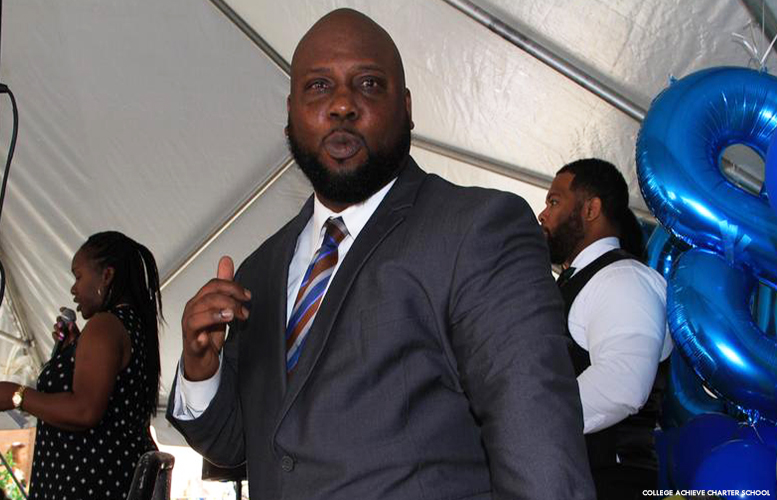 Henry McNair, the principal of College Achieve Paterson Charter School, is accused of groping a woman on 20 occasions while running the defunct Newark Prep Charter School, according to a lawsuit filed in New Jersey Superior Court.

McNair allegedly touched the woman, Zaquina Zackery, in the stomach and thighs in a sexually suggestive manner 20 times. On one occasion, on Jun. 15, 2017, McNair pinned Zackery’s body up against a wall and touched her thighs and stomach, according to the lawsuit.

“You need a guy who can handle you and put you in your place like me,” McNair allegedly told Zackery. “Let me touch that thang-thang,” he told her on another occasion while gesturing towards her thighs and stomach, according to the lawsuit.

Zackery, who was hired at the Newark Prep as a social worker in Sept. 2015, is also accusing the school’s assistant principal Idojni Arumeni of sexual harassment. Arumeni is accused of throwing vulgar comments at her and bragging about his sexual conquest of a student’s mother. Her lawsuit does not accuse him of touching her.

McNair did not respond to a call and email seeking his comment for this story on Thursday. He was unhappy to meet a reporter at the front door of his home in Union City.

“Man, why you at my house, sir? Like, what you doing?” said McNair on Monday morning. “I have no comment about this. All this is false. I’m fighting it to the utmost of my ability and that’s all I have to say.”

McNair’s track record at the Newark Prep Charter School has come under renewed scrutiny. Newark Prep, which opened in 2012, was closed by the New Jersey Department of Education for academic failure in Jun. 2017.

McNair ran Newark Prep for half of its existence. Days after the state closed down his school, he landed the $123,600 principal’s job at the College Achieve Paterson Charter School.

“The Newark Prep allegations were made after McNair started working with CAPCS,” said Naush Boghossian, spokeswoman for College Achieve network of charter schools, on Thursday in response to a request for comment to the network’s founder Michael D. Piscal.

Zackery filed her lawsuit on Jul. 21, 2017. She is seeking an unspecified amount in damages.

“She was very affected by what happened to her. She was distraught. She couldn’t sleep,” said Zackery’s attorney Mark Mulick.

Mulick said McNair should not be allowed to supervise employees.

Revelation of his alleged groping disturbed some in Paterson.

“It doesn’t seem like they evaluated him at all. They just put him there,” said former school board member Corey Teague, a critic of charter schools. “It’s a shame. I know in the school district they’d do an extensive background check and ask for references. I don’t think they did any of that.”

“I told you, they hooked him up. They didn’t even bother asking him about his past,” said Teague speaking of the failure of McNair and Newark Prep. “I didn’t think it could get worse.”

McNair’s second in command school board member Manuel Martinez, who was hired as vice principal for $85,000 in Aug. 2018, was also accused sexual harassment.