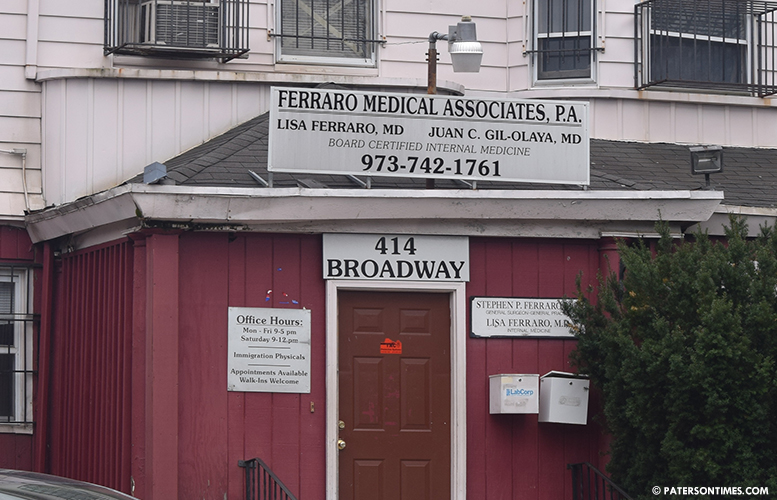 A Passaic County judge has dismissed healthcare insurance fraud charges against a doctor and two of her employees. However, prosecutors plan to present the case to a grand jury.

Judge Justine Niccollai dismissed the charges against the three women – doctor Lisa Ferraro, Yvonne Jeannotte-Rodriguez, and Marta Galvan – “without prejudice” on Apr. 3, according to court documents.

“I was falsely accused and charged with insurance related crimes along with my office manager, Mrs. Marta Galvan and a former medical assistant,” said Ferraro in a letter to the Paterson Times last week. “The entire case was dismissed and all of the charges were dropped.”

McCann said the case will be re-presented to a grand jury in May.

When asked if she is worried or concerned about the case being re-presented to a grand jury next month, Ferraro on Monday said, “I’m not able to talk about that.”

“I think anybody would have to be concerned. I’d like to hope that they wouldn’t do that,” said Ferraro’s attorney Joe Nackson. “It’s hard to understand what their interest is in this case.”

Nackson and his client had hoped the judge’s dismissal would be the end of the matter.

Ferraro’s practice was founded by her father doctor Stephen P. Ferraro more than 70 years ago. She has been running the Ferraro Medical Clinic for the past 30 years.

Authorities allege from Jan. 2016 through May 2017, the three women conspired to have an unlicensed person pose as a medical doctor from the Ferraro Medical Associates at 414 Broadway to examine patients and fraudulently bills insurance companies.

Ferraro employed Rodriguez knowing Rodriguez was not licensed to practice medicine, according to authorities. Rodriguez allegedly saw and examined patients. She falsely held herself out to patients as a licensed medical doctor.

Moreover, the three women allegedly conspired to bill insurance companies for services rendered by Rodriguez as if they had been rendered by doctor Ferraro, according to authorities.

“I have continued providing quality care to this community for the past 30 years,” said Ferraro in the letter. “The charges and the ensuing news articles severely damaged my reputation as well as my practice.”