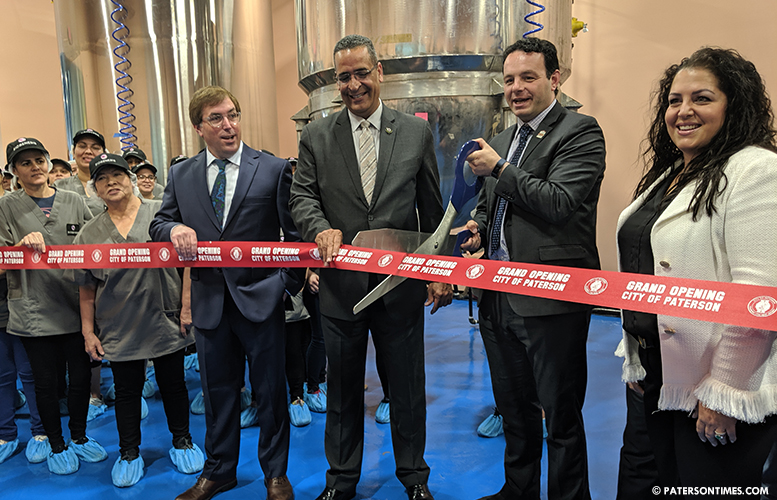 Municipal officials celebrated the relocation of formerly Hackensack-based Biogenesis, a manufacturer of skin care products, at its consolidated Paterson headquarters on Tuesday morning.

Biogenesis moved its operations to the newly renovated building at 444 Marshall Street. 102 employees work out of the site, said Keyvan Rabbani, chief operations officer at Biogenesis.

Rabbani said 26 new jobs were created in the city, exceeding the figure promised to the state by 62-percent. His firm had told the New Jersey Economic Development Authority (EDA) 16 jobs would be created in Paterson when it was approved for $9.36 million in tax breaks in 2017 to remain in New Jersey.

18 of those jobs were filled by Paterson residents, said Rabbani.

Biogenesis is a full-service FDA registered contract manufacturer of skin care, over-the-counter preparations, and color cosmetic products, according to documents it submitted with the state.

“What really impressed me are the faces I see back there,” said councilman Luis Velez referring to the dozens of employees who appeared for the ribbon cutting.

“Since manufacturing is what put us on the map, it’s what’s going to help us get back on the map,” said mayor Andre Sayegh speaking of the city’s central role in the American Industrial Revolution.

She reflected on the firm’s small start in Hackensack in 1997 at a 600 square feet space.

“We had never imagined we would grow to this size,” said Anne Rabbani (pictured, far right). The new headquarters has 62,000 square feet of space.

The new home of Biogenesis was previously occupied by Glen Rock Hams which is now headquartered in West Caldwell. Powell said when Glen Rock Hams left the space it took 188 jobs out of Paterson.

Sayegh expressed his gratitude to the couple for relocating the company to Paterson.

“We’re happy to have you. We want to welcome you to the City of Paterson,” said Sayegh, looking directly at the couple. “You are adding to our history. You are part of our future now.”

The mayor cut the ribbon to officially welcome the firm to the city. 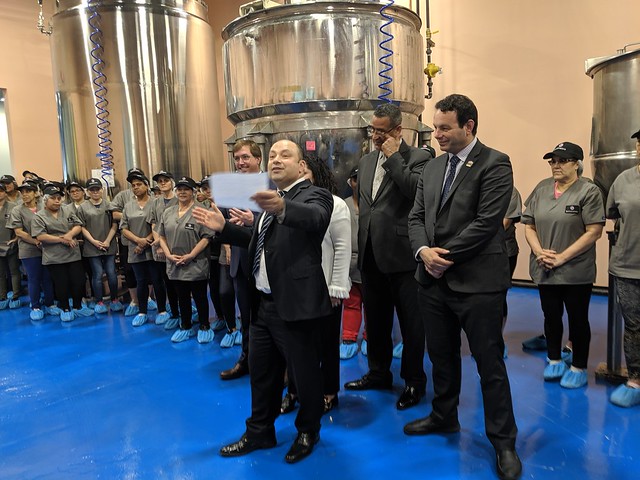