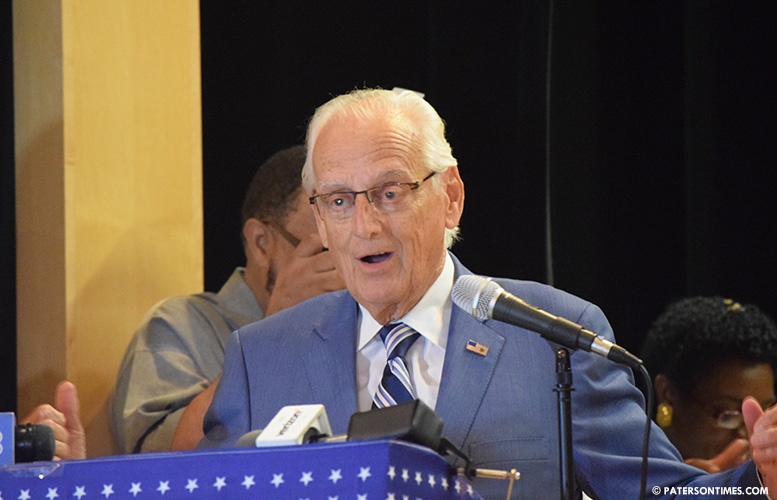 “He is one of our fighters,” said council president Maritza Davila, who sponsored the measure. Fire chief Brian McDermott approached her to name the headquarters in honor of the man, who, over the years, helped to secure millions of dollars for the Paterson fire department.

“This is a very fitting tribute,” said councilman William McKoy. Pascrell helped to secure a $4.5 million federal grant that allowed for the construction of the very fire headquarters that will bear his name.

Pascrell was first elected to the U.S. House of Representatives in 1996. Before that he served as the mayor of Paterson from 1990-96, according to the dedicating resolution.

The program is now called the Assistance to Firefighters Grant (AFG) Program. He also came up with the Staffing for Adequate Fire and Emergency Response (SAFER) grant program which provides federal funds to adequately staff local fire departments.

Councilman Luis Velez wondered why the measure is using a hypocorism rather than William Pascrell, Jr.

“That’s how he wanted it,” said Davila.

The city will hold a ceremony to dedicate the firehouse next month.

“It’s very important to give flowers while people can smell them,” added councilwoman Lilisa Mimms.