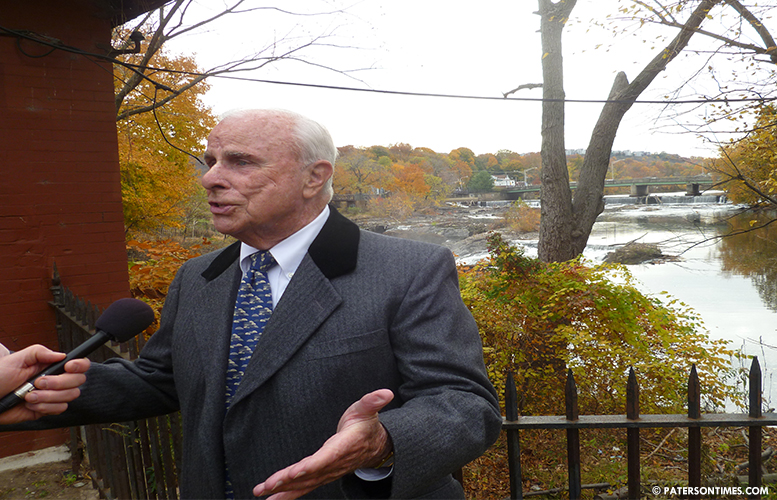 In 1967, Kramer became the city’s youngest-ever elected mayor. Kramer served as mayor from 1967-71 and 1974-82, according to a resolution additionally naming the McBride Avenue Extension between Spruce and Mill Streets as “Pat Kramer Way.”

“It’s a very gracious thing to do. It was very nice when I got the phone call telling me about it. Absolutely delighted to hear it,” said Kramer.

The City Council approved the resolution naming the street after Kramer without opposition last month.

Kramer won election a number of times to serve as mayor.

“Four to be exact,” said Kramer. In his second campaign for mayor, Kramer ran against Frank X. Graves.

Who won? “We did of course,” replied Kramer.

Kramer is most proud of the building boom that happened under his watch. He mentioned the public safety complex, the municipal court buildings on Broadway; the Health Department building, the high-rise office building, former home of the Broadway Bank & Trust Company, on Hamilton Plaza; two new parking garages in downtown Paterson; the Madison Avenue firehouse; the Hillcrest fire station; School 9; and the South Paterson Library building.

“I like to think one of the things that was important was the historic designation of the whole Great Falls area that president Gerald Ford made a reality,” said Kramer.

Ford came to Paterson for the designation, said Kramer.

“Mayor Pat Kramer did so much for what is now our historical district,” said council president Maritza Davila, who sponsored the street naming resolution. He wasn’t alone, his wife, first lady Mary Ellen Kramer, preserved the Great Falls from destruction when the state sought to build a highway through it.

Kramer is credited with preventing destructive race riots in the city as chronicled in the book, “About Paterson: The making and unmaking of an American city,” during the “Long, hot summer of 1967” that had consumed cities all across the U.S.

Newark famously burned in the riots of 1967.

Between his terms as mayor, Kramer served as New Jersey State Commissioner of Community Affairs from 1971-74. He was appointed by governor William Cahill.

Kramer, a Republican, lives in Little Falls. He remains active in Republican Party politics. He served on the Great Falls Federal Advisory Commission.

“Naming a street after someone is the highest honor someone can get,” said Davila. “We tend to do things after people die.” She pointed out many things were named after former U.S. senator and Paterson native Frank Lautenberg after he died. “We wanted to give the honor and recognition while he’s still alive.”