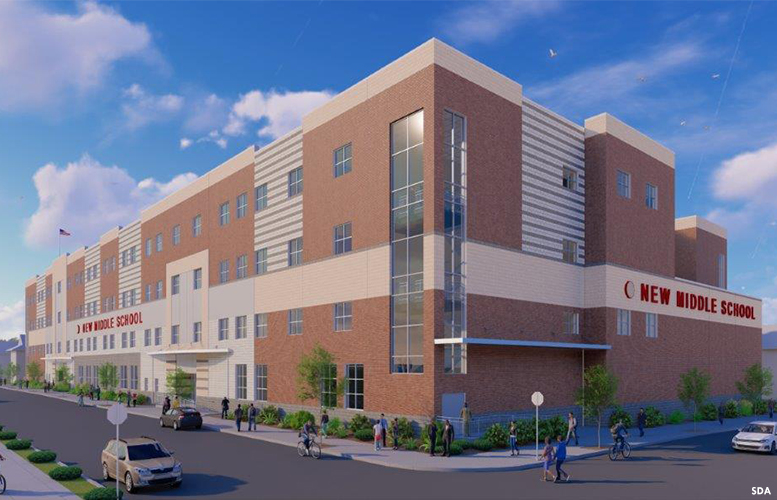 The New Jersey School Development Authority has begun site preparation work to pave the way for the construction of the new Don Bosco Middle School on Union Avenue.

State officials awarded a $57.9 million contract to Epic Management of New York City last month to build the four-story school. A second contract for $1.79 million was awarded to Cambridge Construction Management of Clinton to provide construction management services for the project.

“The new Union Avenue Middle School will not only help alleviate overcrowding in Paterson’s schools, but will also provide a safe, state-of-the-art learning experience where the children of this community can thrive,” said Manuel Da Silva, interim chief executive officer for the New Jersey School Development Authority (SDA), in a statement on Tuesday.

The school is expected to open for students in Sept. 2021.

“We are very pleased that the SDA has moved forward on the Union Avenue Middle School project. The need for new public school facilities cannot be overstated in a district that is educating children in too many buildings that are more than 100 years old,” said superintendent Eileen Shafer.

Since 2016, the school district has been busing students of the old Don Bosco school, mostly from the Hillcrest and Totowa neighborhoods, across town to the old Paterson Catholic building on 11th Avenue. Shafer had to re-organize the schools in the two neighborhood to relieve overcrowding.

Next school year, the district is busing 160 students from School 27 to the Paterson Catholic building to make room for kindergarten students, who were being educated in makeshift trailer classrooms in the area.