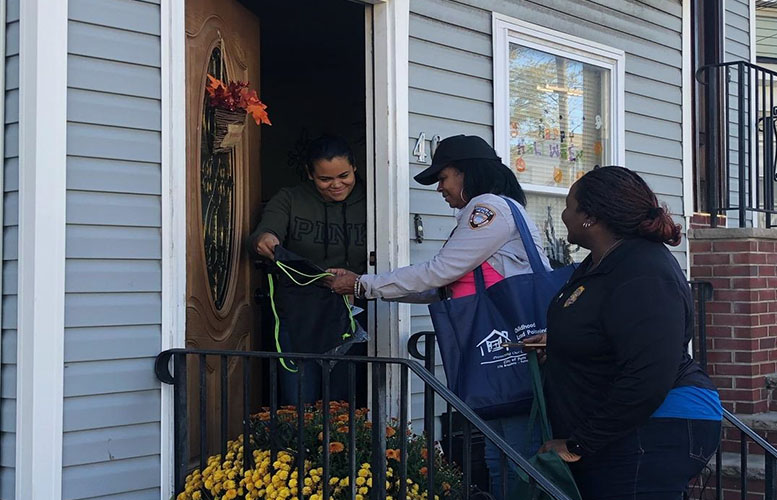 Municipal health officials are visiting homes throughout the city to raise awareness about effects of lead exposure in recognition of the National Lead Poisoning Prevention Week.

Residents are being provided a booklet and other information about lead exposure.

“We have an ambitious initiative so that we have a healthier future for our children,” said Sayegh in a video with some of the Board of Health employees involved in the outreach campaign.

“It’s all about prevention. That’s what we’re about,” says health officer Paul Persaud in the video. He said the campaign launched in partnership with the Partnership for Maternal and Child Health of Northern New Jersey seeks to educate residents about lead poisoning so that they can take steps to limit their children’s exposure to lead.

Paterson like other old cities has a lead problem. Many homes were built before 1978, the year the federal government banned lead-based paint. Many of these old homes also have lead water pipes and plumbing fixtures.

The Passaic Valley Water Commission, a partner in the effort, collected 306 water samples in Paterson between 2016-19 and found 28 samples had elevated lead levels — 15 ppb (parts per billion) or above.

The city has applied for a $25,000 grant to create a registry of homes with lead paint or problematic water fixtures to alert parents with young children. This would let them avoid renting a home that could expose their children to lead.