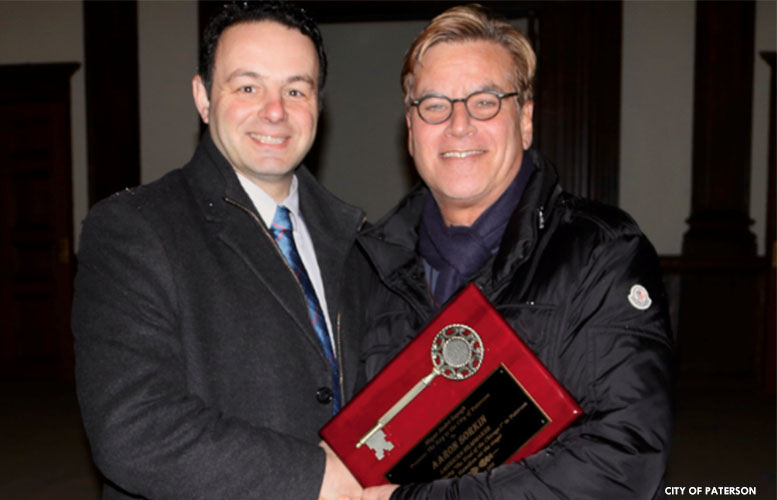 Sorkin had been shooting his film “The Trial of the Chicago 7” which is set in the 1960s, in Paterson since October. He transformed the unoccupied Community Baptist Church of Love building on Broadway into a shooting location. His team then shot more in a private Park Avenue residence in late November.

“We appreciate Director Aaron Sorkin for picking the City of Paterson. His presence in Paterson has helped enhance our image as a top flight filming destination,” Sayegh said. He presented the key in a private ceremony.

Sorkin wrote the screenplays for “A Few Good Men,” “The West Wing,” “The Social Network,” “The American President,” and “The Newsroom.” He also wrote the Broadway adaption of “To Kill a Mocking Bird.”

Sorkin made his directorial debut in “Molly’s Game.” “The Trial of the Chicago 7” is his second film as director.

“The Trial of the Chicago 7” is expected to be released in October 2020.

Sayegh previously bestowed the key to the city to legendary director Steven Spielberg for shooting his remake of the “Westside Story” in Paterson.