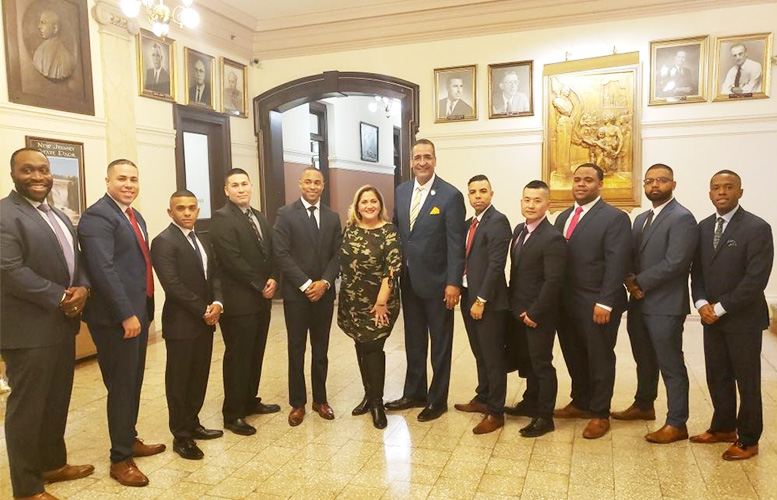 Mayor Andre Sayegh held a swearing in ceremony on Monday afternoon to welcome 10 new officers to the police force.

Seven of the ten men will spend the next six months at a training academy. After that they will spend two weeks in departmental training. They are expected to be deployed in July.

Three of the recruits joined the force from other law enforcement agencies and will be able to start immediately, said public safety director Jerry Speziale. He said these three have gone through the academy training process. Two came from the Passaic County Sheriff’s Office and one from the New Jersey Department of Corrections, he said.

Starting salary for a police officer is approximately $34,000.

The new hires will increase the number of officers in the force to 385 which is still close to the 2011 post-layoff levels.

New officers sworn in were: