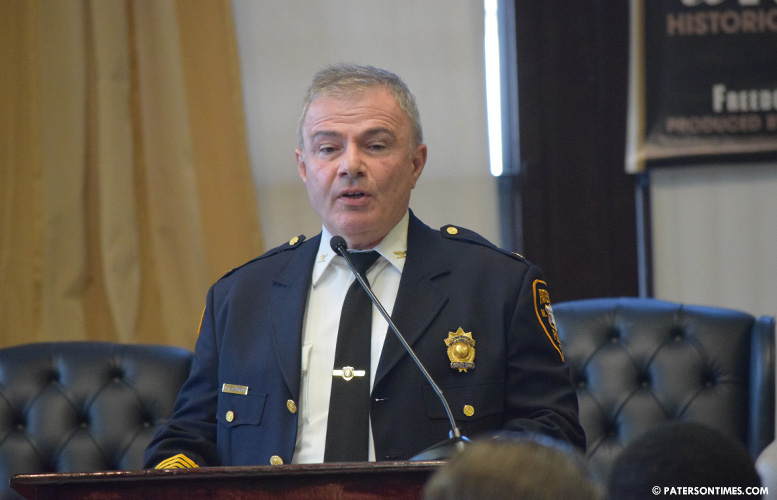 Sayegh is expected to swear in Baycora in a private ceremony on Feb. 1. A public swearing-in ceremony has been scheduled for Feb. 4, according to officials.

When asked who he has picked for police chief, Sayegh on Friday morning played coy. A day earlier, he had notified high ranking municipal officials of his pick.

Under state law, the city has to hold a New Jersey Civil Service exam for the chief’s position. The mayor can also seek a waiver to make an appointment.

State civil service still lists Baycora as a deputy chief. Sayegh did not respond to a call on Monday morning.

Sayegh’s appointment follows the controversial ouster of the current chief, Oswald. Sayegh and his cabinet members, business administrator Vaughn McKoy and chief of staff Kathleen Long, were embroiled in a salary dispute with Oswald. As a result, Oswald filed a whistleblower lawsuit which was settled, part of the settlement included Oswald’s forced retirement.

Members of the City Council unanimously praised Oswald for his work, particularly his effort to weed out corruption in the police force. Eight police officers were arrested by the FBI for corruption. Seven have pleaded guilty. Of the seven two were sentenced to prison.

Oswald led the police force for nearly two years. In his first year, homicides and shootings drastically declined; however, the numbers climbed back up last year. He is expected to leave on Jan. 31.