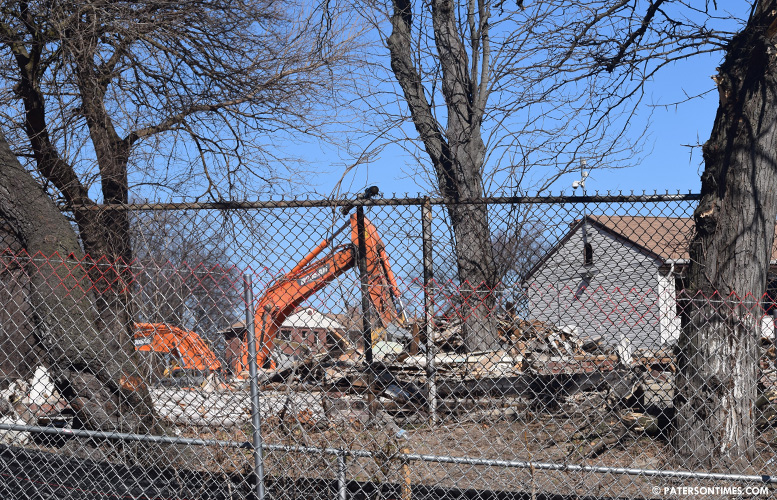 Half-dozen public works employees will be aiding in the demolition of the crumbling Riverside Terrace housing development on 5th Avenue to gain experience, according to municipal officials.

The six public works employees, who received operator’s licenses two months ago, are part of an in-house municipal demolition program. Fire chief Brian McDermott said the employees will operate the city’s excavator and other equipment under strict supervision of professional demolition experts.

“We’re going to have a solid expert on site,” said the fire chief. He said a 20-year demolition veteran will guide the municipal employees. A fire overseer and two fire trailer drivers will also be part of the training exercise, he said. “More training the better.”

The chief said the six employees are also in the process of obtaining asbestos and other certifications.

Municipal officials have acquired all the equipment — excavator, dumpsters, and roll off trucks –to start the demolition unit that’s run by both the fire department and public works. McDermott’s predecessor had provided estimates to the City Council that the demolition unit will save the city $200,000 per year. Presently, the city awards costly contracts to private firms to handle emergency demolitions.

Municipal officials approved an agreement with ETC Companies of Ramsey for the training. The agreement indemnifies the private firm in case municipal employees suffer injuries while working on the job site.

Some council members had questions last week while approving the hold harmless agreement.

“We want to know if we’re going to get reimbursed for equipment use,” asked councilman Luis Velez.

“This is for experience for our people,” answered business administrator Vaughn McKoy. “There’s no reimbursement.”

Council president Maritza Davila said the city would otherwise have to pay to training the employees.