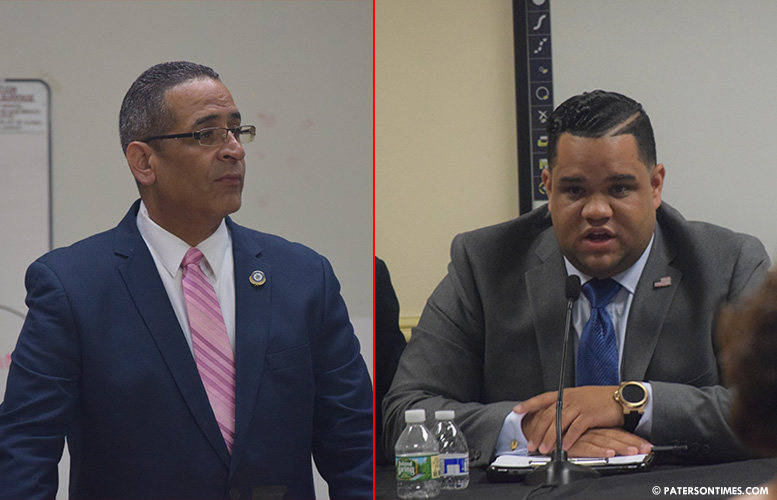 Ramon Joaquin, who is challenging incumbent councilman Luis Velez for the 5th Ward seat, made the dubious promise to legalize basements and attics for landlords late last month.

Joaquin’s promise appeared in a social media post on Jan. 30. He will convince City Council members to approve a “measure” to legalize basements and attics, he told his supporters. Except, there is no way to pass a measure for the blanket legalization of basements and attics.

“In order to remain in compliance with federal, state, and local guidelines, there cannot be a sweeping approval of all attics and basements as that would prove to be a hazard to the City of Paterson residents and a potential violation of the law,” wrote law director Farrah Irving in a memorandum dated Feb. 13 to council president Maritza Davila and councilman Luis Velez.

Velez had sought the opinion from the law director. He slammed Joaquin for making a “false promise” to voters.

“The intention is not to approve all the basements and attics,” said Joaquin (pictured, right) when asked about his proposal and told of the law director’s opinion. “Some don’t meet the conditions and requirements. Some are just hazardous.”

Joaquin said he is attempting to legalize a market that already exists. He said homeowners, hit hard by ever increasing taxes, are renting their basements and attics to keep up with property taxes. He accused Velez of playing a role in raising taxes.

“He is desperate,” said Joaquin of Velez’s criticism. “It’s a way for him to slow the momentum I’ve been gaining for a few months.”

“If I was desperate, I couldn’t sleep,” said Velez (pictured, left). “I have been delivering for the 5th Ward. What have you done to deserve the 5th Ward seat? What is your relationship with the people of the 5th Ward? None. Nobody knows him, he’s a ghost.”

Velez said he has been encouraging economic development and improving quality of life in the 5th Ward. He is known for patrolling the 5th Ward to report issues he spots on the streets to various departments to address them.

Joaquin is not the first person to make this promise. Former mayoral candidate Pedro Rodriguez campaigned on the same issue in 2018. Joaquin said Velez made the same promise during the 2016 election. He provided a video where Velez, speaking in Spanish, promises to legalize basements and attics.

When asked about his promise from four years ago, Velez said, “Who is next to me? It’s the father, right? He was pushing for it.” In the video, Joaquin’s father, Santos Joaquin, is sitting next to Velez.

The Joaquin family backed Velez four years ago. Velez said he realized legalizing basements and attics is not possible after being elected to office. “That’s why I backed out,” he said. “I learned in the process you can’t do it.”

Velez said that’s part of the reason why he wanted to tell the community Joaquin’s proposal is not doable.

“That’s a poor excuse. The ignorance of not knowing doesn’t exonerate you,” said Joaquin.

Velez said it’s a costly process and could increase a property’s assessment resulting in higher taxes.

“It’s up to them if they want to take on that burden,” said Velez. He said attics and basement do not produce enough revenue for landlords to go through the process.