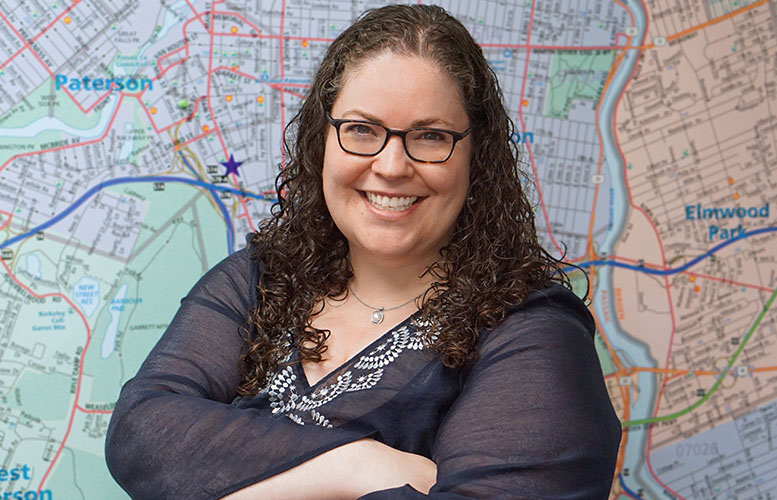 Mayor Andre Sayegh’s appointment of Kathleen Long as business administrator has been confirmed by the City Council.

“I’m looking forward to the great things you’ll bring to the table,” said council president Maritza Davila. “It’s a tough position to be in.”

Long joined the Sayegh administration in Jul. 2018 as chief of staff. She was tapped to replace outgoing business administrator Vaughn McKoy earlier in the month. As chief of staff she was responsible for the Paterson Plus mobile application and the botched sewer reforms. She also played a role in moving the city to the state health insurance program which is expected to save millions per year, according to officials.

“This is one of the fastest confirmations I’ve ever seen,” added councilman William McKoy, longest serving member of the governing body. Indeed, Long replaced the business administrator on Feb. 14 and her name was submitted for confirmation the next week.

“I’m glad you’ve got skin in the game. You are a city resident. You want to see this city prosper,” said councilman Al Abdelaziz. “We’re going to hold you accountable and your feet to the fire.”

“I’m measuring thus far what we’ve been getting from this administration, a lot of empty promises that’s my perspective,” said Jackson. He described Long as a “positive” person. “I’m very hopeful things will get better.”

Councilman Flavio Rivera said he looks to work with Long to resolve issues that emerged in the aftermath of the poorly executed sewer reforms.

“You have proved you can do the work,” added councilman Luis Velez during the vote. Long is known for working long hours at City Hall.

Long thanked the council for supporting her confirmation after the vote. She also thanked Sayegh for appointing her to the post.

“I truly appreciate the vote of confidence,” said Long. She said she grew up watching the City Council meetings. “I hope to serve you well here.”

Long has more than 15 years of experience as an executive leader in the nonprofit sector. She led the effort in raising $3 million per year for Oasis to fund adult education, youth support, and other programs.

She also served as the major gifts officer at the Immaculate Heart Academy of Washington Township and as development director for the New Jersey Community Development Corporation (NJCDC).

Before that she worked as an analyst and legal aide at the white-shoe law firm Steptoe and Johnson based out of Washington D.C. She also served as director of development and alumni relations for the US-Ireland Alliance. She served as the liaison for a congressional delegation visit to Ireland in 2003.

She also taught elementary school in Chicago through the AmeriCorps Program. She obtained her teaching certification from Northwestern University.

Long has a bachelor’s degree from Georgetown University. She majored in government. She has a master’s in government from the National University of Ireland in Cork. She attended the school in Ireland through the George J. Mitchell Scholarship Program.