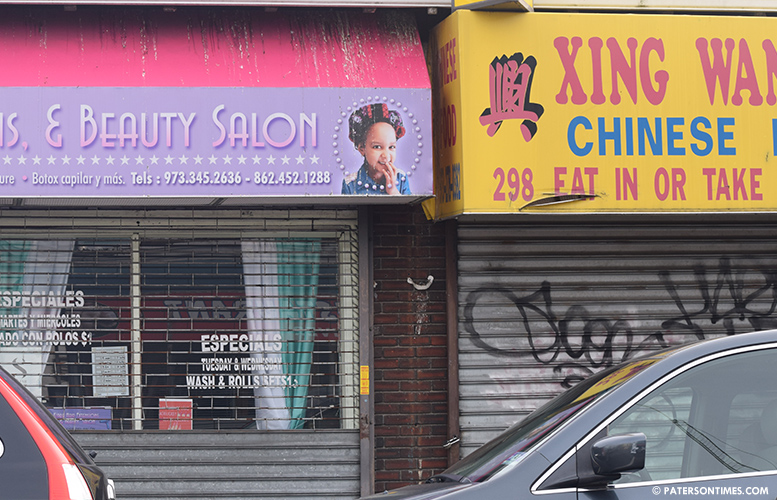 A group of liquor store owners are seeking state intervention to remove their shops from mayor Andre Sayegh’s restrictive state of emergency order that forces non-essential businesses in New Jersey’s third biggest municipality to close indefinitely due to the ongoing coronavirus crisis.

“The state says you can stay open until 8 o’clock; the Paterson mayor closes you down altogether. That’s the issue at hand,” said Torres, who is the brother of former mayor Jose “Joey” Torres. Murphy’s order allows restaurants and liquor stores to remain open but limit their operations to delivery and take out services. Sayegh’s order forces them to close during the state of emergency. Torres cites the governor’s executive order which states counties and municipalities cannot put in place rules that conflict with the governor’s order.

“The governor’s order is very specific, you can sell packages to go,” said Torres. “We’re asking for a stay of the [local] order because of the exigent circumstances involved.” He said the stay is being sought from James Graziano, director of the state division of Alcoholic Beverage Control (ABC).

Torres said the closure is creating great hardship for liquor stores in Paterson. His association represents 92 liquor license holders, he said. He said as many as 100 residents are out of work due to the closure.

Sayegh unveiled his state of emergency order on Monday morning. Police were enforcing the order beginning at 6 p.m. Next morning, there was chaos and confusion. Many business owners were unsure whether to open or remain closed.

Council members, who received calls from business owners, did not have many answers. Some expressed frustration at the confusion created by the mayor’s order.

“It’s another example of poor execution,” said councilman Flavio Rivera on Tuesday. There was apparent poor and uneven enforcement of the emergency order. Some businesses were open while others were closed on Tuesday.

Rivera said businesses in the vicinity of City Hall were open on Tuesday morning. Council members are holding an emergency meeting on Thursday afternoon to discuss the city’s response to the pandemic.

Torres said businesses were never given notice of the closure order. A laundromat owner contacted the Paterson Times to ask whether she can open her store on Tuesday.

Sayegh said on Tuesday the city was attempting to clarify the emergency order by distributing flyers, playing a recorded message from a sound truck throughout the city, and making robocalls.

On Tuesday, most businesses along major thoroughfares were open due to confusion and chaos. By late Wednesday afternoon, businesses in much of the city, excluding those deemed essential, were closed.

Some businesses cleverly remained open on Wednesday. Stores were observed feigning closure by leaving their gates down while allowing customers in through the door. Some turned off the neon open sign but were serving customers.

At least one business put up a sign on its front door protesting the mayor’s order.

“We are closed as we are not considered an essential business,” read a sign posted outside of the MicroCenter on Route 20. In a second sign the business urged patrons to call the mayor’s office and tell City Hall to allow MicroCenter to open to serve the “essential needs of our community.”

MicroCenter sells computer equipment that some argue is essential for people working from home during the coronavirus crisis.