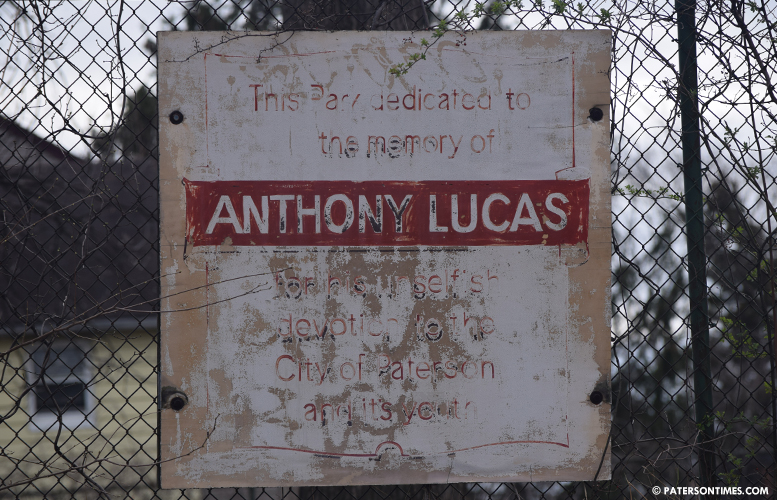 Municipal officials are moving to renovate the Anthony Lucas Park, a neighborhood playground and park on 5th Avenue, for $192,250.

“The whole park will be spruced up,” said Rodriguez. Municipal officials awarded the contract to handle the renovation to Saddle River-based Bello-Grande Contracting on Tuesday.

Municipal officials received bids that ranged from bids ranged from $192,250 to $329,100. Bello-Grande Contracting was the “lowest responsible bidder.”

Renovation is being funded mostly through federal Community Development Block Grant (CDBG) dollars. $184,000 from CDBG and $8,250 from the municipal coffers, according to officials.

“It’s another opportunity for the city to take the park back and revitalize it,” said councilwoman Lilisa Mimms. She and other officials said the park, in a state of disrepair, has become a hangout for groups at night. Liquor bottles and drug paraphernalia were a common sight at the park. However, lately the park has been cleaned up by the city, she said.

“It was very much rundown and in need of improvement,” added councilman William McKoy of the 3rd Ward, where the park is located. “Playground equipment were installed some time ago that became broken down.”

McKoy credited Mimms for pushing to get the park renovated on Wednesday.

Previously, Mimms had clashed with other council members over who was responsible for successfully pushing the administration to renovate the park. “I just feel slighted because of the work I put in for Baer Park,” said Mimms on Tuesday.

The park is known by various names such as Baer Park, Bear Trap Park, and Anthony Lucas Park. A sign outside the park states the park is dedicated in the memory of an Anthony Lucas.

Mimms said the pillars that hold up the park are leaning, and part of the repair includes fixing them. She said there will be a new gate and new lighting installed at the park on the corner of 5th Avenue and East 23rd Street.

Mimms said she is creating a community group to oversee the park. Scillieri-Arnold Funeral Home, across the street from the park, and the Bronze Heat, will be part of that group, she said.

“Once this work is done,” said Mimms, “it could be a place for our children and families to enjoy.” The contractor has to complete the project within 120 days, according to municipal documents..