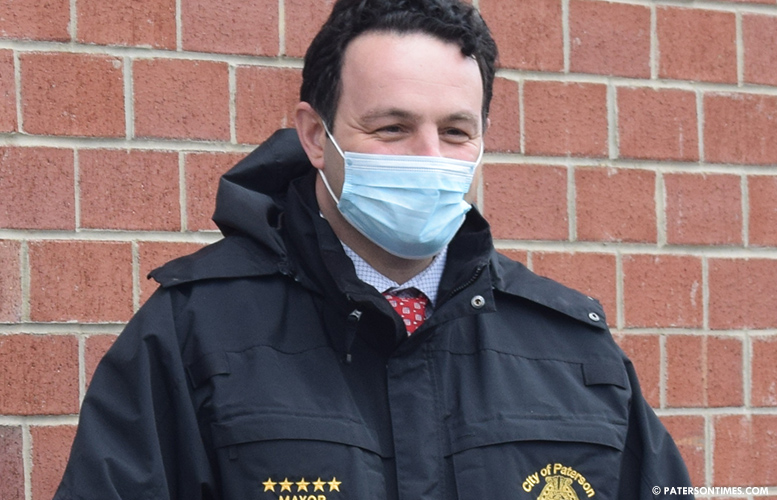 Sayegh said the site will conduct testing from 9 a.m. to 5 p.m. every day. It will conduct both nasal swab tests and antibody blood tests, said Richard Afanonja, a medical doctor involved in the testing site.

The drive-thru testing site will be open for Paterson residents only. People will need a prescription to get tested, said the mayor.

Sayegh had pushed for a testing site in Paterson since late March. However, his effort collided with the Passaic County government’s move to open a testing at William Paterson University at a time when testing kits were scarce. He was forced to back off to avoid competing for test kits.

“Part of the problem was we couldn’t get test kits,” said Sayegh.

Increasingly over the past weeks, Sayegh has found himself under criticism for not opening up a testing site in New Jersey’s third largest city. Leading the criticism was councilman Michael Jackson. He was later joined by other council members.

Jackson has lambasted the Sayegh administration for not doing enough to test residents.

Sayegh pointed out nearly half of the tests conducted at William Paterson University were Paterson residents. St. Joseph’s Regional Medical Center in Paterson has also been conducting limited testing.

Paterson has 4,637 confirmed cases with 148 deaths as of Wednesday afternoon.

Sayegh said the exact location of the testing site at the Barnert Hospital is the parking lot on East 32nd Street. He expects 200 to 250 people to appear for testing on Monday.

Afanonja, the medical doctor, said the site expects to handle 250 tests per day. Site will be open seven days a week, he said. Test kits are being purchased from Bio-Reference Laboratories.