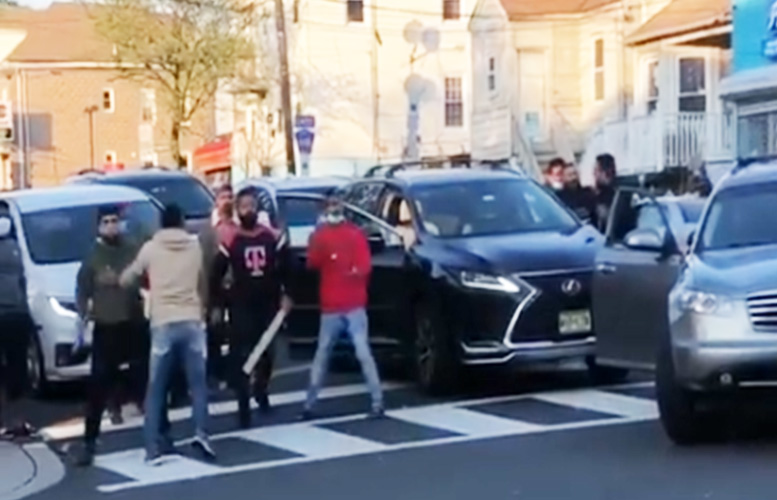 A hotly contested City Council race in the 2nd Ward erupted in violence between councilman Shahin Khalique and former councilman Mohammed Akhtaruzzaman’s supporters over the weekend.

Both sides circulated videos of the incidents on social media. At least one person appears to have been attacked, videos show.

Akhtaruzzaman claims he was personally attacked by three of Khalique’s supporters. He claims the attackers broke the rear windshield of his van and struck him with a stick.

Khalique’s side claims two of the councilman’s supporters were attacked by half-dozen Akhtaruzzaman supporters on Liberty Street.

A video of the Liberty Street incident shows a small band of Khalique supporters inside a car that’s trapped between two Akhtaruzzaman camp vehicles.

Realizing they are trapped, Khalique’s supporters, in fear as Akhtaruzzaman’s supporters, armed with baseball bats, approach the vehicle, seek assistance from the councilman and his aides via phone.

“Come fast, come fast,” one of Khalique’s supporter is heard saying in Bengali.

Akhtaruzzaman supporters are seen knocking on the Khalique supporters’ vehicle, telling them to open the door.

“We’ll break it. Open the door,” an Akhtaruzzaman supporter tells them. “Don’t follow mother f—- if you’re not going to get out of the car.”

Akhtaruzzaman claims in his video Khalique’s people have been following him whenever he exits his house.

A Khalique supporter dials 911 seeking a police unit to respond to 159 Liberty Street.

All three vehicles leave the area without violence, the videos show.

Public safety director Jerry Speziale did not respond to a call for comment on Monday.

Both sides later converged steps away from Khalique’s campaign office. Outside 281 Union Avenue, Akhtaruzzaman supporters are seen with golf clubs. One man is seen armed with a 2×4 piece of wood.

This is not the first time violence has erupted between the two men’s supporters. In 2013, a brawl broke out between the two groups at a community meeting. Charges were pressed against several of those involved in the incident, but later dismissed.

Both sides are aggressively campaigning with little regard for social distancing rules amid the coronavirus pandemic.