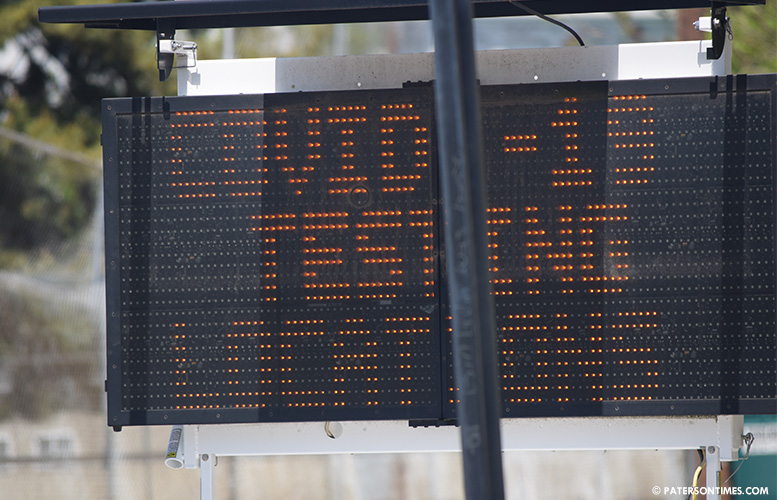 Municipal officials had put out flyers that stated the four testing sites would be open on Sunday from 9 a.m. to 5 p.m. A digital sign outside School 18 directed people to go to Kennedy or Eastside. No signs were posted at School 28 on Sunday.

Sayegh did not respond to a message seeking an explanation on Monday morning.

Several City Council members said they were not provided any information by the mayor or his administration.

Councilman Al Abdelaziz, chairman of the health and human services committee, said he would need to check with the administration to see what happened.

“I haven’t been provided any information,” said councilman Flavio Rivera.

Councilman William McKoy said he has heard anecdotal evidence of operational and staffing issues at the sites.

Sunrise Diagnostics of South Plainfield was selected to run the four sites. A phone number listed on the company’s website yielded a no response on Monday afternoon.

Sunrise Diagnostics’ address is listed as 233 Durham Avenue in South Plainfield. The address and phone number are shared with another company, Apple Diagnostic Laboratory.

A representative of the firm told reporters test results would be reported within 24-72 hours. Sayegh said the company screened 613 people at three test sites on Friday. As of Monday afternoon, just 20 test results were reported, according to the city’s health officer.

The day before the testing sites were scheduled to open, City Council members raised a series of questions about the testing sites and the firm picked to run them. Under questioning, administration officials revealed the city did not have a contract with the company. They also did not have information about the price per test at the meeting. Officials later said the price is $100 per test. They also did not have insurance for the four sites.

Law director Farrah Irving told council members at the meeting an emergency contract could be awarded later. She also received the company’s insurance information for the sites at the meeting, she told the council.

As of Monday afternoon, Paterson had nearly 6,000 infections with 306 deaths.