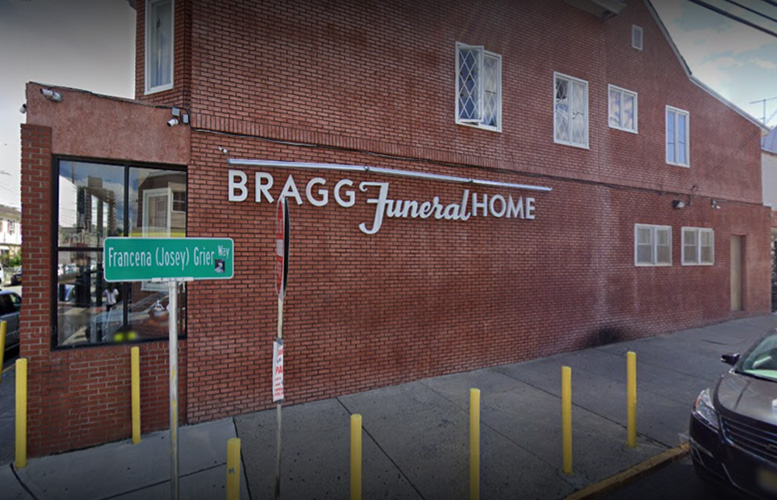 New Jersey health officials published rules that prohibit open-casket funerals because of the coronavirus pandemic. But that didn’t stop a Paterson funeral home from hosting an open-casket ceremony for a deceased former councilman earlier in the month.

“Licensed mortuary practitioners, under the direction of a registered mortuary, shall not permit in-person viewings, visitations or ceremonies with an open casket containing the decedent, regardless of the decedent’s cause of death,” reads the directive issued by New Jersey health commissioner Judith Persichilli on April 22.

On May 9, Bragg Funeral Home held the open-casket ceremony for former councilman and legendary boxing referee Ed Cotton. He is the husband of councilwoman Ruby Cotton. He died of Covid-19 on April 17. His funeral was live streamed on Facebook, showing people appearing before the open casket to pay their last respects to the Paterson pioneer.

“It’s a tough loss for the family and that was what I was thinking about,” said Wimberly.

It’s not the duty of the dignitaries to enforce the state health commissioner’s directive. That duty falls on the licensed mortuary practitioner.

Carnie P. Bragg, Jr. is listed as the licensed mortuary practitioner at the Bragg Funeral Home on Rosa Parks Boulevard.

Bragg did not respond to a call for comment last week.

The state issued guidance for licensed mortuary practitioners, like Bragg, that further explained the directive. The guidance states, “a brief, open-casket identification is allowed but that a traditional, public, open-casket viewing is not.” The live stream video showed an open cast for more than an hour. The video shows not everyone obeyed social distancing rules at the open-casket event.

Councilwoman Cotton said the no open-casket rule is misguided. She said family members cannot visit a person hospitalized with Covid-19. She said the only time a family gets to see their loved one is during the funeral.

Gema de las Heras, a spokeswoman for the New Jersey Division of Consumer Affairs within the New Jersey Attorney General’s Office, recognized the “painful situation” families face while grieving for the loss of their loved ones during the pandemic.

“The Division has provided the funeral industry with guidance to use their training and experience to balance the requirements of the ​Department of Health’s Executive Directive, and the need to protect the health and safety of the public with the personal and sensitive nature of these circumstances,” said the spokeswoman on Wednesday. “Allegations of licensees violating the Department of Health’s Executive Directive pertaining to funerals during the COVID-19 public health emergency would be reviewed by the Board on a case-by-case basis. If the Board determines a licensee has engaged in professional misconduct, the Board may take appropriate action, including discipline.”

The State Board of Mortuary Science resolves misconduct cases.