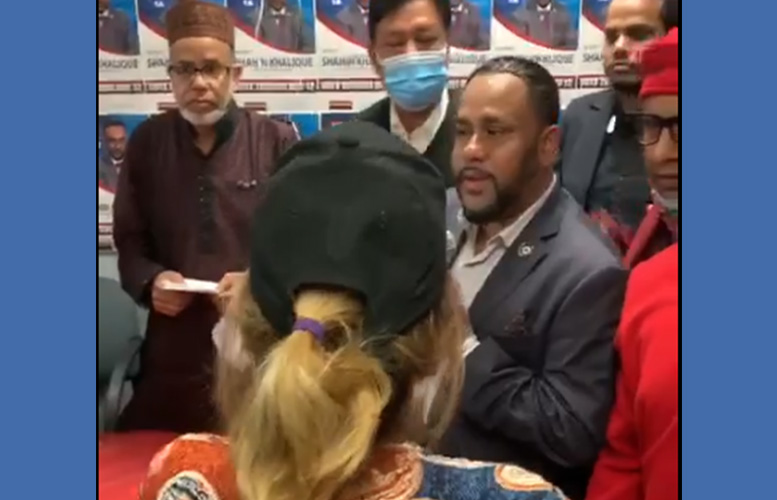 Councilman Shahin Khalique secured re-election on Tuesday night and held a celebration at his packed campaign headquarters amid the coronavirus pandemic.

Dozens of his supporters were packed — no social distancing and many without masks — into the campaign office.

Khalique ignored rules put in place to control the spread of the new coronavirus. He was joined at the office by his key ally council president Maritza Davila.

Davila is seen in videos with a surgical mask on her face. Since the pandemic began, she has constantly complained that residents were not taking the coronavirus seriously. 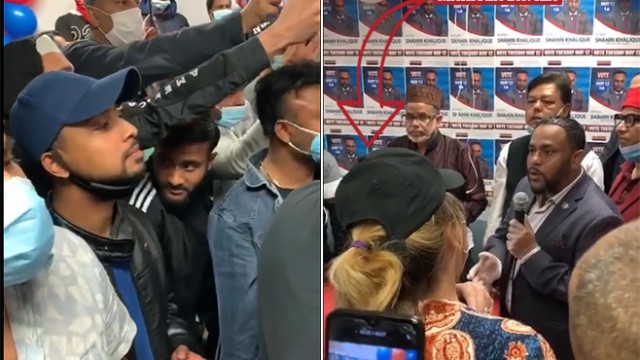 Dozens of people are seen packed in a room, including Maritza Davila, while Khalique, microphone in hand, delivers his victory speech.

“This election is an unique and different election due to the pandemic. A lot of people have passed away. A lot of people from the community,” Khalique tells his supporters who crowded around him inside the office.

Governor Phil Murphy’s stay-at-home order bars gatherings like the one Khalique held. He also allegedly held an iftar party for his supporters, according to sources. Iftar is the evening meal with which Muslims break their fast in Ramadan.

Khalique denied hosting the iftar party. He claimed a picture sent to him was from last year’s party. A second picture shows 22 men, sitting next to each other on the floor, with plates of food in front of them. The image shows three men with masks on their chin, making it evident the iftar party was held during the pandemic.

State and municipal health officials have said large gatherings will spread the coronavirus. Mosques and churches were forced to cancel congregational gathering in March because of the pandemic.

Khalique did not respond to a call for comment for this story.

A New Jersey State Police official said enforcement action has to be taken by local authorities. Mayor Andre Sayegh did not respond to a question whether he intends to refer the case to police.

Public safety director Jerry Speziale did not respond to a call for comment.

Video of Khalique’s packed campaign office on Tuesday is below: