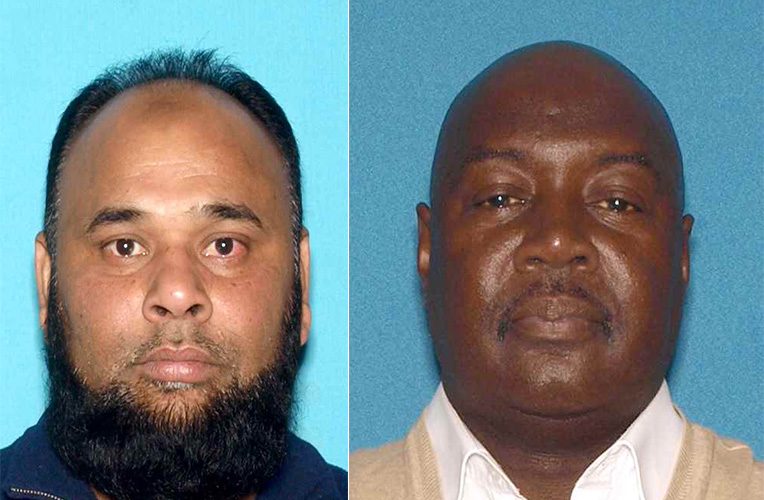 A controversial bus company, A-1 Elegant Tours, that was banned from doing business in the Paterson school district employed convicted felons and a sex offender to transport students, authorities said on Thursday in announcing charges against its owner and manager.

The owner, Shelim Khalique, 51, of Wayne, and manager, Henry Rhodes, 56, of Paterson, were charged with conspiracy, false representations for a government contract, theft by deception, tampering with public records or information, and misconduct by a corporate official.

Last year, authorities raided the officers of A-1 Elegant Tours, which later changed its name to Eastern Star Transportation, seizing personnel files that showed the company employed drivers who did not have valid commercial driver’s licenses or required endorsements, had suspended licenses, and had criminal records.

A-1 Elegant Tours had bus aides with criminal records. Authorities said a number of files were missing mandatory records of fingerprinting, background checks, and drug testing. Two of the company’s former drivers are facing pending criminal charges in Essex and Passaic for driving buses with children on board while under the influence of drugs.

The driver in the Essex County case crashed the bus. Another former driver is a registered sex offender under Megan’s Law, said authorities.

“As a parent and public official, I have no higher priority than protecting our children. This bus company allegedly lied about its employees and equipment to secure contracts, and then had unqualified drivers, convicted felons, and those under the influence drive and supervise young children each day in what were frequently unsafe vehicles.  This is an unconscionable case of contract fraud,” said New Jersey attorney general Gurbir Grewal.

A-1 Elegant Tours allegedly falsely represented the qualifications of its drivers and aides. It submitted documents listing names of drivers and aides that would handle certain bus routes when in reality other employees, not properly licensed, were transporting students on those routes, authorities said.

Khalique’s company also submitted false information concealing the criminal backgrounds of its drivers and aides on these routes, authorities said.

On May 31, 2019, investigators conducted a surprise inspection of A-1 Elegant Tours buses at various schools after they dropped off students in the morning.

Authorities said almost all the buses failed inspection so badly that they had to be impounded.

“The criminal conduct alleged in this case came to our attention when there were incidents in Essex County of school bus drivers operating under the influence or without the proper credentials,” said acting Essex County prosecutor Theodore Stephens, II. “The idea that anyone would allow young school children to be transported by drivers who not only lacked the proper credentials but, in some cases, were high on narcotics or had serious criminal records is extraordinarily troubling.”

“A-1 put the lives of many children at risk with its illegal activities,” added Passaic County prosecutor Camelia Valdes.

Khalique and Rhodes (pictured, right) face a maximum 45 years in prison if convicted on the charges. Khalique was also charged with voter fraud on Thursday.

Khalique’s company was banned from receiving contracts from the Paterson school district for numerous infractions in 2018.

Khalique (pictured, left) is the brother of councilman Shahin Khalique.