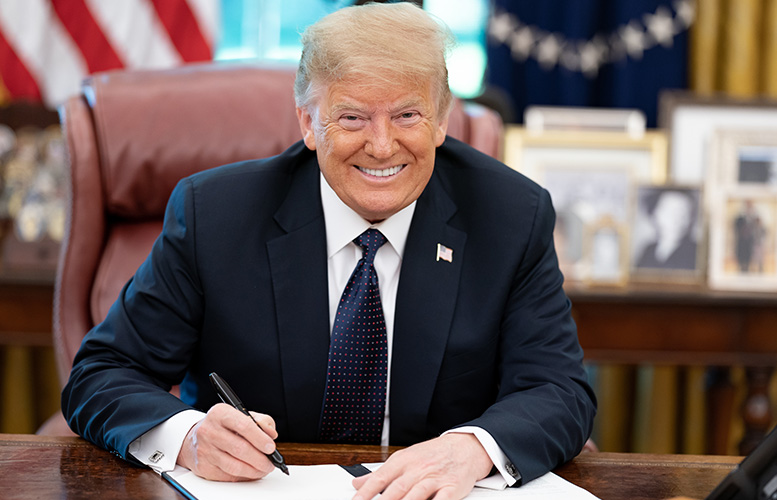 President Donald Trump cited the recent Paterson elections which were marred by voter fraud to rail against mail-in voting on Sunday night.

Trump wrote absentee ballots are “fine,” but not mail-in ballots. “Mail-In Voting, on the other hand, will lead to the most corrupt Election is USA history,” said Trump in a tweet. “Bad things happen with Mail-Ins. Just look at Special Election in Patterson, N.J. 19% of Ballots a FRAUD!”

Trump misspelled Paterson, the third largest city in New Jersey. Paterson did not have a special election. It held its regular nonpartisan municipal election on May 12.

“The last thing Paterson needs is for Donald Trump to tweet about us. It goes to show how much this last election was compromised,” said mayor Andre Sayegh in response to the president’s tweet on Sunday night.

A fifth of all votes cast in the solely vote-by-mail election due to the pandemic were disqualified because of mismatched signatures and other irregularities. 3,204 mail-in ballots were rejected, according to the Passaic County Board of Elections records.

But the widespread voter fraud in the six ward elections in Paterson are not going unpunished. New Jersey attorney general Gurbir Grewal has charged four people with voter and election fraud.

Two of the men – councilman-elect Alex Mendez and councilman Michael Jackson — are candidates who won seats in the elections. A campaign worker, Abu Razyen, and the brother, Shelim Khalique, of another candidate, Shahin Khalique, were charged with voter fraud as well. Khalique initially won a seat that after several recounts was ruled a tie, forcing a fresh election at a later date.

Both Mendez and Jackson are Democrats.

Governor Phil Murphy has urged both Mendez and Jackson to “step aside” because of the charges against them. Mendez’s opponent, longtime councilman William McKoy, is seeking a court injunction to stop him from taking office on July 1.

Absentee Ballots are fine. A person has to go through a process to get and use them. Mail-In Voting, on the other hand, will lead to the most corrupt Election is USA history. Bad things happen with Mail-Ins. Just look at Special Election in Patterson, N.J. 19% of Ballots a FRAUD!