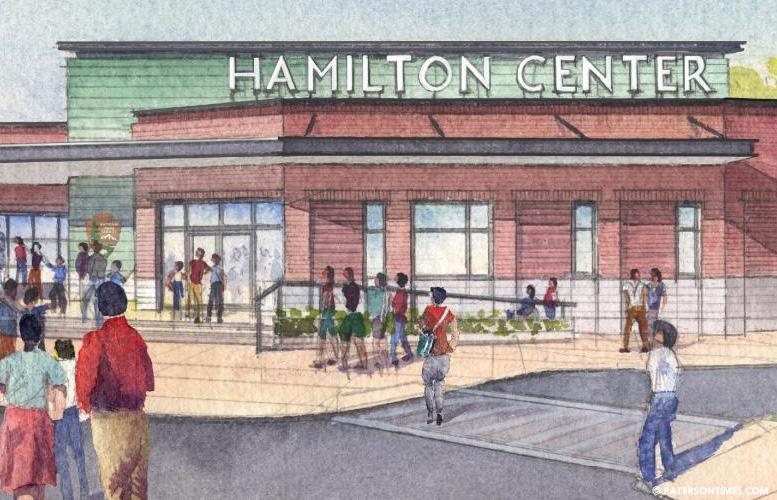 Mayor Andre Sayegh secured the City Council’s approval to guarantee $38 million bond for three projects at or near the Great Falls on Tuesday afternoon.

Sayegh needed the council to guarantee the debt for the New Brunswick Development Corporation (DevCo), which is the lead developer in the $50 million project to construct a $24.5 million visitor center at Overlook Park, a $15.1 million parking deck with retail space, and an $8 million community center at the Main-Ward intersection.

“This is a once-in-a-lifetime opportunity,” said Sayegh before the council’s vote. “The stars are aligning.”

Municipal officials said $37 million of the funds for the projects are from state tax credits. The Hamilton Partnership for Paterson, which is behind the visitor center, has raised $9 million for its project while the New Jersey Community Development Corporation (NJCDC) has raised $3 million for its community center. The tax credits have to be monetized by issuing bonds through the Passaic County Improvement Authority.

Council members voted 6-3 to approve the debt guarantee after more than a dozen people called in to the virtual meeting to speak for and against the measure.

Some council members saw guaranteeing the debt as having very little risk for the city.

“The risks are minimal,” said longtime councilman William McKoy. Part of the funding for the parking deck includes a $4.2 million piece that has to be generated through parking revenue that will be paid over a 30-year period. In the worst-case scenario, officials said, the city will have to cover debt payments for that portion which is $290,000 a year.

Some council members were skeptical of the projects.

“Where is his skin on the game?” asked council president Maritza Davila of Christopher Palladino, head of DevCo.

DevCo is expected to get 3 percent or $1.35 million in developer’s fee from the project.

“These are zero dollar generating projects. It doesn’t bring any revenue to the city,” said councilman Shahin Khalique. He said the $130 million state tax credits were supposed to be used to fund projects that will build permanent revenue streams for the municipal government.

“I love the project, I think there’s a desperate need, but not at the cost of the residents to take on the burden of people who are going to continue to make money off the backs of the people of Paterson,” added councilman Michael Jackson.

At the end of the vote, Jackson said the developer lacks site control and the project could be mired in litigation.

Sayegh said the project will lead to a boom in the vicinity of the Great Falls.

“If you build this visitor center, it will create a ripple effect. I envision souvenir stores. I see retail outlets. I see restaurants. I see economic growth and vibrance where it is so desperately needed, where our city was born and will be reborn,” said Sayegh.