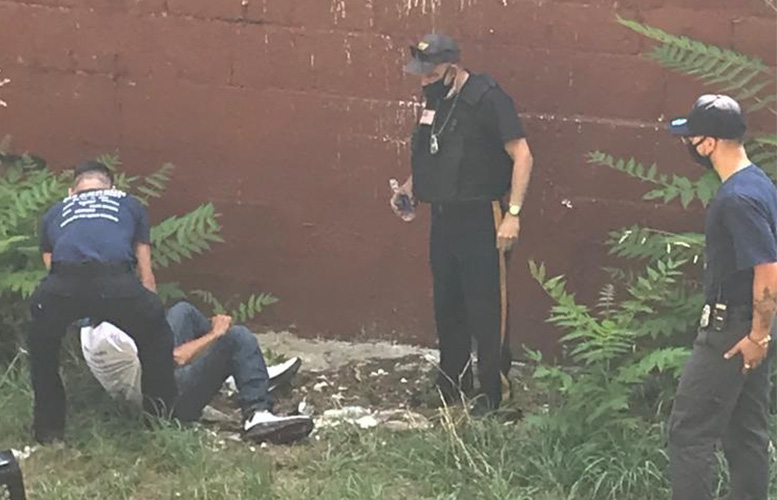 The man wasn’t moving. He wasn’t responding to verbal commands. He seemed dead.

“So, at that time I said, ‘This guy OD’ed.’ I noticed in his hand he had a needle stuck in between his two fingers,” said Vergara.

Vergara and the other constables – Joshua Cruz, Jose Bermudez, Jorge Roman, and Ramon Villalona – called for an ambulance.

Vergara said EMTs arrived and administered a dose of naloxone into the man’s nostrils. “He bounced back into life. He came out of it, but he wasn’t able to get up,” said Vergara.

The overdose victim was put into the ambulance and taken to the hospital.

“He almost died,” said councilman Luis Velez of the overdose victim. He said the constables saved the man’s life on their first day patrolling the park.

Velez launched the initiative to utilize constables to patrol the park earlier in the week.

Vergara said the incident happened at about 5:15 p.m. He and his fellow constables, all volunteers, arrived at the park for this first day of work, when they saw the overdose victim.

Two people with dogs and a woman drinking vodka were kicked out of the park, he said. He said the constables bought ice cream for 20-25 children who were playing in the park.

Vergara said it was an eventful start to the first day. Constables will be patrolling Roberto Clemente Park, Eastside Park, Barbour Park, and Westside Park Thursday through Sunday until Labor Day.