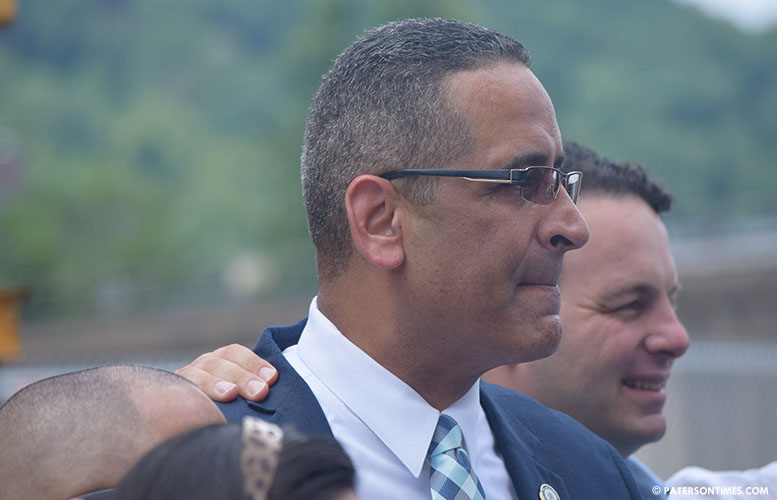 Councilman Luis Velez was kicked out of the City Council workshop meeting on Tuesday evening for being disruptive and breaking decorum.

Council president Flavio Rivera warned him to cease his disruptive behavior before ejecting him from the virtual meeting. Meetings have been held through WebEx over the past months because of the coronavirus pandemic.

Velez is known for speaking over the president. Parliamentary procedures require a council person to be recognized by the president before speaking.

“If you continue to do what you do, being disruptive, I’m going to have to,” said Rivera.

“What are you going to do throw me out of the council?” said Velez speaking over Rivera in the virtual meeting.

Rivera said he had to preserve order and decorum in the meeting.

The rules of procedure governing conduct of council meetings, a section in the city’s code, states, “The President shall preserve strict order and decorum at all regular and special meetings of the Council.”

“I am going to remove you from the meeting,” said Rivera.

“You could do that. I’ll sue you for removing me from the workshop,” replied Velez.

Velez at one point used a word that at least one colleague found offensive.

“I think this meeting is called a workshop. Not a dick shop,” said Velez.

Velez appeared to oppose Rivera for president on July 1. Though he later voted for Rivera.

Rivera has not exacted retribution from anyone that opposed his bid for the presidency. He has appointed Velez to key committees, including giving him the chairmanship to the public works committee.

Velez did not get the same treatment in 2018 when then-council president Maritza Davila gave him zero committee appointments. He had opposed her bid for the presidency in 2017, but abstained in 2018. During her rocky two-year tenure as president Davila had to deal with Velez speaking over her and other council members. She often accused Velez of being “disrespectful” at the meetings.

Rivera’s allies saw Velez’s action to “act out” at the first workshop meeting of the new council as ungrateful. They said Rivera treated Velez fairly in assigning the committees.

“You can come back to the meeting any time as long as you adhere to the decorum of the council,” said Rivera later in the meeting, speaking to Velez via the television and online live stream.