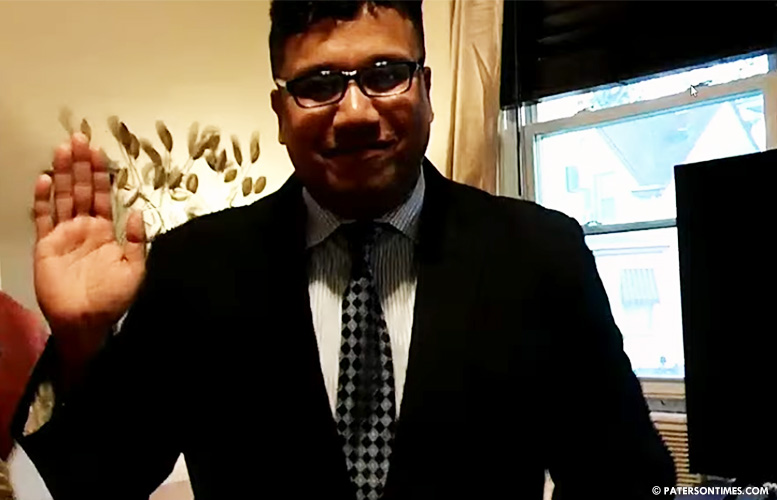 Members of the City Council on Tuesday evening appointed Gilman Choudhury to serve as the 2nd Ward councilman.

Choudhury will represent the 2nd Ward until a special election is held in November. Then-incumbent Shahin Khalique lost the seat on May 12 because of a tie with former councilman Mohammed Akhtaruzzaman.

Khalique and Akhtaruzzaman were tied after three recounts. Both men vowed to run in the special election.

Choudhury thanked the council for appointing him. He said he will work with his colleagues to make sure every decision he makes is “best for the public.” He said he also does not plan to kowtow to political pressure.

Choudhury, who is mostly known for running a robotics program at John F. Kennedy High School and getting high school students into Ivy League colleges, described himself as a “political novice.”

Choudhury’s appointment was approved in a 6-0 vote.

Some council members complained about the process. Councilman Luis Velez said the council should have held an open process and interview candidates before making an appointment.

“I do have a problem with the process that’s taking place,” said Velez.

“That’s the urgency for this appointment,” said Rivera.

But now the council has eight members, making tie votes more likely on measures. The 3rd Ward seat is vacant because of an ongoing court battle between the first and second place finishers.

After the vote law director Farrah Irving swore him in over video conference. The council has been holding its meeting via Webex since March because of the coronavirus.

Choudhury placed his hand on a Quran and was sworn in. Rivera said he had made sure Choudhury received the meeting packet before hand so he could begin serving soon after being sworn in.

Choudhury said he was “new to the entire thing.”

Mayor Andre Sayegh tried to bring Choudhury on as his chief of staff earlier in the year. But Choudhury declined the mayor’s offer after a lengthy consideration process.

Choudhury is not expected to run in November for the seat.