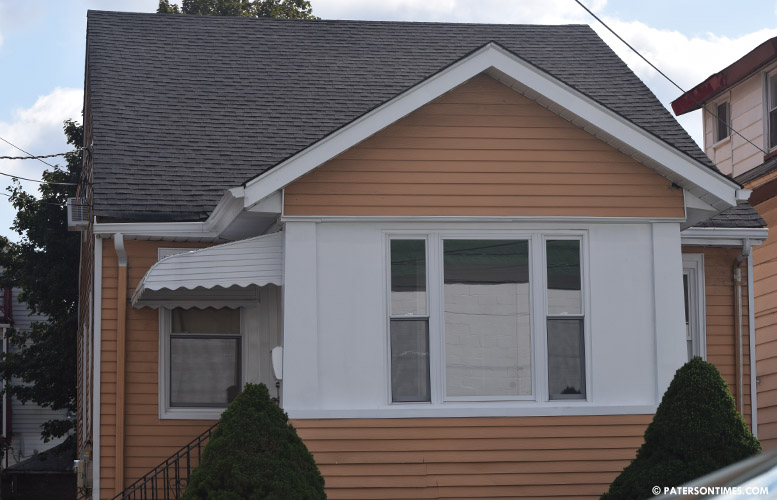 A developer renovated a house on East 31st Street in Paterson only to find his lockbox missing and a couple living inside the property.

Eugene Rey, the developer, said neither the man nor the woman had permission to live at the renovated single-family house at 517 East 31st Street. His property was vacant on August 21, but when he visited the home on September 2 two people were living inside it.

Rey found the lockbox that contained house keys had been broken off and missing. He went inside to find smoke and food in the kitchen. He called police to report someone was trespassing on the property.

Rafael Romero-Perez and his wife Sofia Perez were living at the house, according to a police report. They told police they moved in on August 22. They claimed to have a lease agreement with a person named Thomas Wilson. They claimed to have paid $4,500 — $3,000 deposit and $1,500 for first month’s rent — to Wilson. The police report states the couple became aware they were “scammed” after the police visit.

Rey said the lease agreement and the proof of employment attached to it are entirely bogus. A phone number listed for Wilson says it’s out of service. Romero-Perez and Wilson’s signatures appear to be written by the same hand on the lease agreement.

“This is just complete trespassing and fraud,” said Rey.

“This guy comes up with this story. He has this fake lease,” said Rey, who purchased the property in December 2019. He said Romero-Perez claimed to have leased the property after finding it on Craigslist but couldn’t produce the listing.

Romero-Perez couldn’t explain why he took over someone else’s property. He hung up the phone when a reporter sought answers on Thursday.

Rey felt powerless after police said they could not do anything.

“I can’t throw him out of my own house,” said Rey.

Police told him he had to remove the pair through the court process. The Covid-19 crisis has rendered that process ineffective. Rey went to the courthouse on Grand Street, but found it closed. He tried to call the court – no answer. His attorney filed in court for an ejectment. But that process takes months even when the court is functioning normally.

Rey isn’t alone other developers have run into similar problems in Paterson.

Prominent developer Charles Florio, who owns 3,500 units of housing in Paterson, said similar incidents have happened to him “countless” times.

“The police act like they can’t get involved,” said Florio. He has a security command center with around the clock surveillance of his properties. “I wait for the police to leave and throw them out. If the cops don’t want to do their job, I’ll do the job for them.”

Florio said these are not squatters. He said these people are breaking and entering properties. He suggested police should arrest them, but never do.

“There is no law and order in the city of Paterson,” said Florio.

Public safety director Jerry Speziale on Thursday said he did not know enough about the situation to publicly comment.

Speziale said the property owner could go to the detective bureau to investigate the bogus lease agreement. He even offered to assist Rey. On Thursday, police were no help, said Rey.

Police said the bogus lease agreement complicated the situation. Police officers responding to such a situation have no way of determining whether a lease agreement is valid and legitimate.

Desperate, Rey sent out emails to municipal officials. He got the attention of councilwoman Maritza Davila.

“It was disturbing what I read,” said Davila. She reached out to the police chief and other officials to try to resolve the matter. “I try to take action immediately.”

On Friday evening, police chief Ibrahim “Mike” Baycora intervened. Police arrived at the house. Rey gave them permission to break down the door to gain entry. Romero-Perez and his wife were not home. They later arrived at the location and were told to vacate the premises.

“It was because of the councilwoman that someone did something. I reached the right person,” said Rey. He said the couple left behind bottles of urine and cigarette butts inside the house.

This wasn’t Romero-Lopez’s first time doing this. He and a group occupied 467-469 East 28th Street. He had no legal right of possession, according to court records. The landlord for that property filed in court on January 12, 2018 to remove him and his group.

Nearly six months later, on May 25, 2018, an ejectment was executed, legally removing the alleged trespassers.

Rey tried to get them out using other means. For example, cancelling electricity and water that were under the developer’s name. But Romero-Lopez was able to get both restored.

“It’s like he knew exactly what to do,” said Rey. He also offered Romero-Perez $500 to vacate the property; however, Romero-Perez tried to get him to pay $4,500.

Rey had a buyer for the property. It was under contract before the buyer lost her job and the deal fell apart. His firm on average sells 15-20 properties a year in New Jersey, he said. He is unlikely to make another investment in Paterson.

“This was the first and probably the last,” said Rey when asked how many properties he owns in Paterson.