Paterson is grappling with a homelessness crisis | Paterson Times 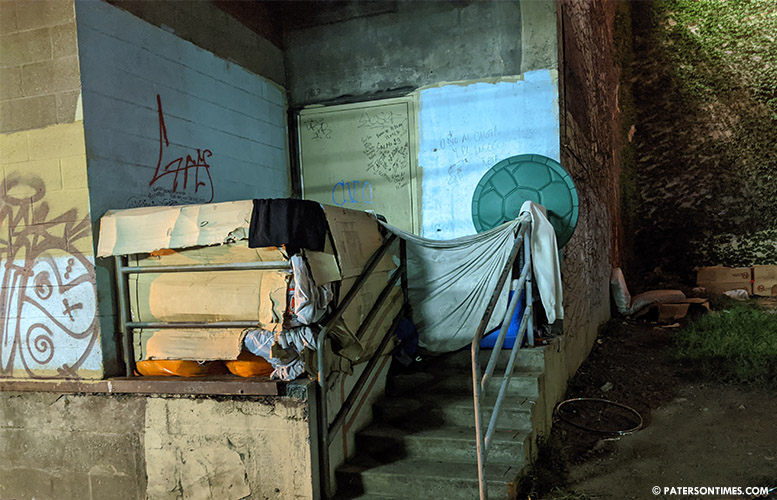 Melissa Fuentes has been homeless in the streets of Paterson for two years. She built a lodging place using cardboard boxes and dirty rags on top of the staircase of an old industrial building behind the Paterson Parking Authority site #10.

Steps away, 57-year-old James Edwards, was sleeping inside a box with a traffic cone in front of it.

“I lost my job,” said Edwards. He said he worked in construction delivering sheetrock. He said he had been homeless for three weeks on September 5.

Edwards said he tried to get into the Good Shepherd Mission shelter, but was turned away.

Many of them will remain on the street as the cold months approach.

“We still be out here. We just wear winter gear,” said Angelo Freeman, 38, also known as “Chief Devil Dog.” He was exercising some steps away from Edwards.

Freeman, who previously worked as security guard, has been homeless for four years.

“It’s not really too violent over here,” said Freeman of the alleyway that runs from Van Houten to Ellison Street. 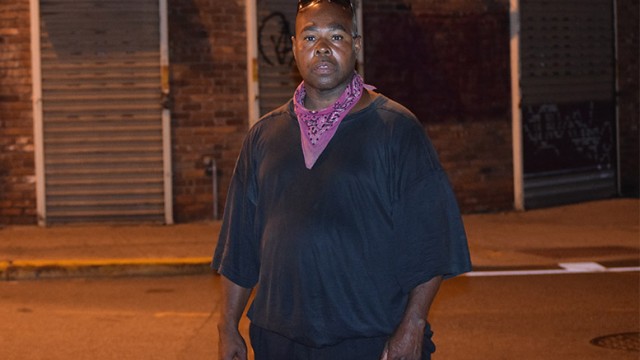 Fuentes, Edwards, and Freeman are not alone on the streets. Number of homeless people in Paterson is on the rise.

Edgardo Collazo, a small business owner and secretary for the Paterson Regular Republican Organization, said there’s been a massive increase in the number of people sleeping in the streets of Paterson.

Downtown Paterson virtually turns into a bedroom for the homeless at night, according to Collazo.

“There were about 20 homeless sleeping in front of the Motor Vehicle,” said Collazo on September 24 referring to the New Jersey Motor Vehicle Commission office in downtown Paterson.

“I’ve seen a large increase in the homeless throughout the city,” said councilman Al Abdelaziz, chairman of the health and human services committee. “I have not seen a plan for homelessness as of yet.”

Collazo has been blasting mayor Andre Sayegh and his health and human services director Oshin Castillo for not doing enough to address the growing homelessness crisis in Paterson.

“They are not doing enough. They have to see what’s going on. They are playing it blind,” said Collazo.

“During this pandemic we have placed over 400 homeless people in hotels through a partnership with Passaic County and Catholic Charities,” said Sayegh.

Sayegh also released a two-page “plan.” Collazo was provided a copy of the plan. Collazo said the plan is inadequate. He said it keeps talking about the city working with nonprofit organizations and other government entities.

“Why don’t you work and do what you need to do?” remarked Collazo. He said the city needs to take more responsibility.

A key part of the mayor’s plan involved homeless people calling 211 for assistance. At least three homeless people, including Fuentes, said they could not obtain shelter by calling the number.

211 stopped placing single individuals in hotels, according to the plan, hampering the city’s efforts to get shelter for the homeless. Homeless shelters, fearing Covid-19 cases, have also stopped taking new residents.

Health officials conducted rapid Covid-19 tests for some homeless individuals to convince shelters to let them in. 134 homeless people were put into permanent homes through the Catholic Charities, according to the mayor’s plan.

Vast majority of the homeless are not residents of Paterson, acknowledges the mayor’s plan document.

“People come into this city and they never go back home,” said Abdelaziz.

Many are drug addicts.

“How’d they get here?” asked councilwoman Ruby Cotton. She said the city needs to meet with drug treatment program operators. “If the people do not survive, you just let them walk out?”

Municipal officials have long said drug recovery programs in the city are releasing those who fail to beat their addictions onto the streets.

Cotton said treatment programs need to make sure their clients return to their communities of origin if they fall off the wagon.

“We have to put an exit plan in place. When they’re not surviving, they need to go back to their cities where they came from. We got to put something in place. We’ve got to,” said Cotton.

Cotton intends to meet with some of these program operators to tell them to come up with better plans to prevent their clients panhandling and living in the streets of Paterson.

“It’s just not fair to the city of Paterson and to the residents,” said Cotton. “I think that we need to start applying pressure to these programs. You’ve got to come up with a better plan than just letting people walk out of your program.”

Cotton said some of the homeless refuse to go to shelters.

“They didn’t want to go. I couldn’t believe it,” said Cotton recalling an experience when she tried to get a homeless person to a shelter. She spent an hour trying to convince the person to go to a shelter, she said.

Some predict the problem will only get worse. 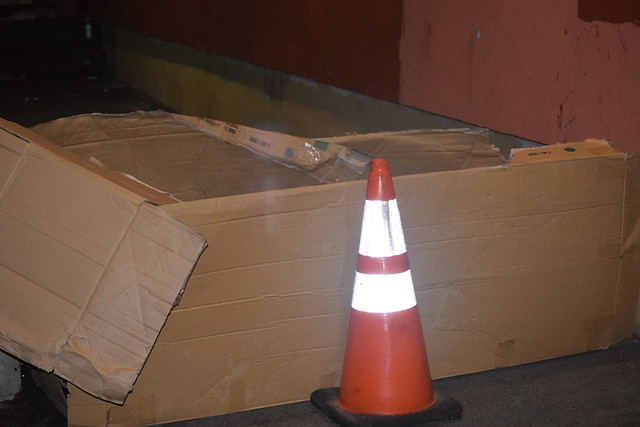