A convicted funeral director stole from poor families. Now, Paterson is naming a street after him. | Paterson Times

Manuel E. Martinez was convicted for stealing tens of thousands of dollars that was supposed to cover funeral expenses for poor families. Now, members of the City Council have passed a measure to name a street after the deceased funeral director.

Councilman Luis Velez convinced his colleagues to pass a measure to name the intersection of Market Street and 20th Avenue to “Martinez Way.” His measure states the naming is to mark the third anniversary of Martinez’s death and 50th anniversary of him being in business in Paterson. Martinez founded the Martinez Funeral Home at the intersection.

“I was not aware of that,” said Velez on Wednesday morning when asked why he’s naming a street after a convicted felon. “I had no knowledge of it. You’re telling me now.”

Velez said he was never told about the conviction. He also had several co-sponsors on the measure.

“I have to check that out,” said councilman Al Abdelaziz, who is a co-sponsor on the naming resolution. “I did not know that.” 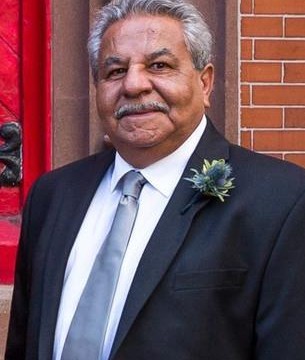 Martinez stole $56,150 in funds that were to go towards paying for funerals for indigent families. He admitted to the crimes in 2009 and pleaded guilty to third-degree theft by deception.

As then-owner and funeral director of Martinez’s Funeraria Latina on Market Street, Martinez provided funeral services to people on public assistance. He was eligible to be reimbursed $2,246 per dead person from the Passaic County Board of Social Services to subsidize cost of the funeral service. Families and representatives of the deceased could contribute $1,570 for funeral costs without Martinez losing the subsidy.

Between January 1 and December 31, 2018, Martinez admitted to submitting 25 fraudulent reimbursement applications to the Passaic County Board of Social Services, according to the charges that were filed against him. He falsely claimed he was eligible for the full $2,246 subsidy and that he had not received more than $1,570 from the deceased person’s representatives. State investigators found Martinez submitted false statements on behalf of family representatives without their knowledge. He also forged their signatures on documents. He received reimbursement for the maximum $2,246 despite accepting payments of more than $1,570 from representatives of the deceased. At the time, authorities said Martinez illegally collected $56,150.

“To be honest, I totally forgot about that. That was a while back,” said council president Flavio Rivera, who is also listed as a co-sponsor on the measure. “I know there was something that took place pertaining to his place of business. But I don’t know the specifics.”

Rivera said the council does not do background checks on the people it recognizes. 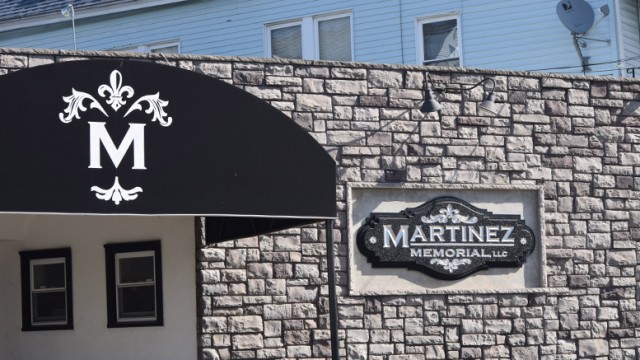 “His lifetime was comprised of helping people out in their time of need. People used to come and see Manny when they were in their worst of times. And he made sure that everybody got a decent burial,” said Tony Perez, director of the Paterson Parking Authority. “He was one of the most decent individuals I have ever met. He was like a brother to me.”

But Martinez admitted to taking advantage of people during their time of need when he entered a guilty plea. He was given a sentence of probation. He had to pay $56,150 in restitution and surrender his funeral director’s license.

Martinez was the first Puerto Rican to be licensed as a funeral director in New Jersey, according to the resolution. He worked for three years for the Paterson Parking Authority after his conviction. He died in 2017.

Councilwoman Maritza Davila, who is another co-sponsor on the measure, said it gave her “great pleasure” to support the measure during the vote on Tuesday night.

Davila did not respond to a message seeking an explanation on Wednesday morning.

“Well deserved. Great time to do it,” said Mimms during the vote.

After learning about the conviction, Velez said, “I have to bring it back to the council to see if that has some kind of weight on it.”