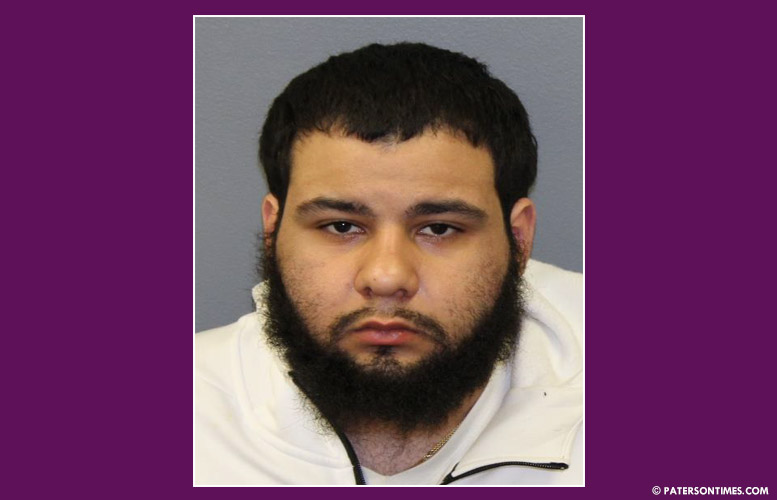 20-year-old Wilfredo Garcia allegedly got his uncle — 42-year-old Modino Garcia — and another man — 22-year-old John Delacruz — to settle a beef that resulted in a double shooting outside of St. Joseph’s Regional Medical Center.

Garcia had a dispute with the victims — 20-year-old Brian Olivio and 20-year-old David Torres. He gathered the uncle and Delacruz for a surprise attack on the victims outside of 73 Hospital Plaza on May 27.

“The words being used was, ‘We’re going to get the drop on them,’” said Passaic County assistant prosecutor Jason Statuto during a detention hearing on September 25.

Garcia (pictured) was there to settle the beef in a physical fight, said his attorney Gregory Aprile. Statuto said Garcia got out of the vehicle at the location and physically attacked the victims.

“This was set up to be a fight between my client and Mr. Olivio. And it turned in a completely different direction, not at my client’s urging,” said Aprile. He said the uncle allegedly pulled out a gun and began firing.

Olivio was killed and Torres sustained a gunshot wound.

It’s not clear what was the beef about.

Delacruz remained in the car and served as the getaway driver.

Aprile argued his client did not possess the gun used in the shooting. He alleged the gun belonged to the uncle.

Statuto said the trio regrouped on Elm Street after the shooting.

“This was a daylight attack which was pretty shocking,” said Statuto.

Garcia, his uncle, and Delacruz were all charged with murder and weapons offenses.

Garcia fled Paterson for Pennsylvania. He was arrested there on September 5, said the assistant prosecutor. His uncle was hiding out in a motel and arrested on July 17. Delacruz was arrested on May 31.

Garcia has two previous drug convictions, said his attorney. He has never had a conviction for a violent crime, he said.

Garcia dropped out of high school and was attending the Silk City Academy to earn his GED before the pandemic closed the school, said the attorney.

Garcia has “extensive” juvenile criminal record, said the assistant prosecutor. He received probation in 2015 and 2016 for juvenile delinquency involving drugs.

Passaic County Superior Court judge Donna Gallucio ordered him detained in the Passaic County Jail. She reasoned he is a flight risk. “I’m certainly concerned that he will not come back to court when required,” said the judge.