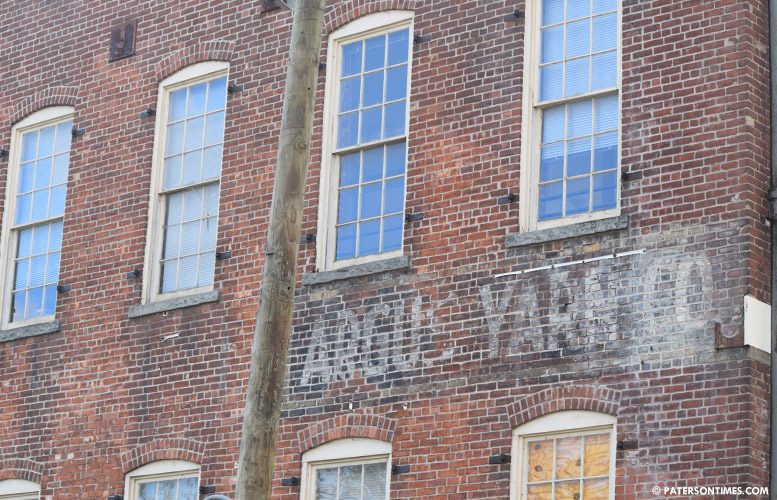 Under the payment in lieu of taxes (Pilot) agreement, the development firm Lagos Partners controlled by Owen Tonkins and Daryll Tyson will pay an average of $67,000 per year in property taxes.

Over the life of the agreement, Paterson will collect $1.9 million, according to officials.

It’s not clear how much the improved property would pay under regular taxation. A pilot analysis used current assessments of the site rather than a forecast of expected assessments after the housing project is completed.

Powell said a $36.6 million project has been proposed for 5-7 Mill Street and 11 Ellison Street. He said the old Ryle-Thompson Houses will be upgraded. The historic Argus Mill will be renovated to house six new apartments, community space, and office space. He said the Paterson Parking Authority surface lot will be the site of a new parking structure that will create more than 114 parking spaces. He said that amounts to 74 new deck parking spaces for the area. Powell said a new 68-unit four-story apartment complex will be built on top of the parking deck — parking spaces will occupy the bottom floor of the structure.

Overall, the proposed project will create 74 units of affordable housing. There will be 20 one-bedroom, 50 two-bedroom, and 4 three-bedroom units. Units will be for “multi-generational households with grandparents raising grandchildren.”

Developers will provide 1,000 square feet of space at the site for the Grandparent Relatives Care Resource Center. The entire project amounts to 165,476 square feet of space. Powell said the project will create 110 construction jobs and generate $180,000 in permit and building fees.

The project is mostly funded by government dollars. Sayegh has earmarked $12.11 million in state tax credits for the project. He is also providing them $1.25 million in federal HOME funds. There’s also $890,000 in regional contribution agreement (RCA) funds, $12.73 million in low-income housing tax credit, and $530,296 in historic preservation tax credits.

The developers are contributing $1.87 million towards the project. There’s also $7.2 million in permanent financing.

Construction is expected to start in spring 2020, said Powell.

Members of the City Council were competing to hand over huge benefits to the developers last Tuesday.

“Why do we have to fight over who is moving it and who is not?” remarked council president Flavio Rivera after observing the competition.

“I moved it first,” interjected Mimms.

“I thought I would never see this: council members fighting to approve or sponsor a pilot,” remarked Rivera.

“We believe in Paterson. We still have relatives in Paterson,” said Tonkins after the agreement was approved. “Trust me, we won’t let you down.”