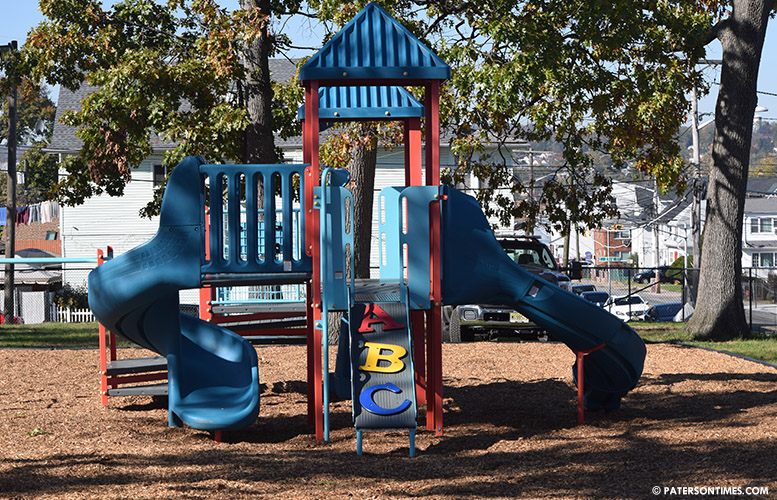 Mayor Andre Sayegh and other officials unveiled a brand-new playground at the Lucas Park on 5th Avenue on Wednesday morning.

Public works director William “Billy” Rodriguez said the old and unsafe playground equipment were removed from the park. He said the city removed the dozen or so tree stumps that were at the park. Dead trees were removed, new fencing was installed, and the retraining wall around the park was rehabilitated, said Rodriguez.

“I’ve been here every single day. I was like the project manager,” said councilwoman Lilisa Mimms. “We can sit and rest. We can come here and swing on the swings. We can say that Paterson has done something right to move the city forward.”

Mimms lobbied the mayor to set aside grant funds to renovate the park. She took offense when councilman Luis Velez suggested former councilman William McKoy advocated for the park renovation.

Both Mimms and Velez appeared to engage in a spat in front of cameras from major New York television stations.

Sayegh said the park was known for gang and drug activities.

Tshon Wells, owner of Wells Cleaning Company, recalled the needles, liquor bottles, and drug bags that were scattered all over the park.

Landscaping, a key piece to make any park presentable, was missing. Rodriguez said the park will be seeded in the spring.

Sayegh, who is known for hyperbole and exaggeration, described the park as “first-class” and transformative for the neighborhood.

A section of the fencing is still being installed. A cracked and broken piece of concrete remained behind the playground equipment. A metal piece of junk was stationed not far from the entrance to the park from East 24th Street.

Velez inspected the fence. He found the poles were wobbly.

Funding for the park mostly came from federal grant dollars.

“This is going to be a much-improved neighborhood.,” added congressman Bill Pascrell, who had renamed the park after Anthony Lucas while serving as mayor of Paterson. “We need to maintain the parks after we invest money.”

Sayegh has repeatedly said parks are a priority for his administration. He has renovated several parks at the insistence of City Council members. He claimed he has a plan to maintain the parks. Sayegh has been in office for more than two years. Most of Paterson’s park, including key parks such as Eastside Park and Westside Park, are severely neglected and badly maintained. His administration’s failure to maintain the parks prompted council members to suggest he explore the possibility of handing over both Eastside Park and Westside Park to the Passaic County government. Council members said the city failed to do basic maintenance such as cutting the grass at Eastside Park.

Sayegh’s latest plan is to separate out a Parks and Recreation Department from public works. Council members have privately expressed reservations about his plan, which likely means having another high-paying director level post at taxpayers’ expense. 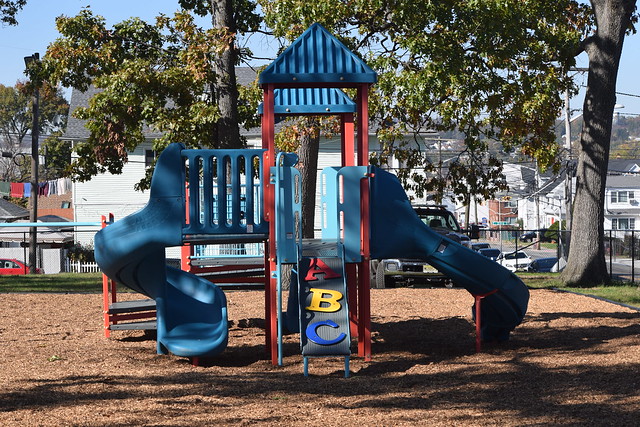